Best known for her side-splitting Harry Potter parody #tanyapotter, Ashley Storrie is a stand-up comedian, writer, podcaster and viral video star. Lad Bible and the national press picked up on her hilarious video If Harry Potter Was Scottish, and the clip has now been viewed over 22 million times.

The Scottish comedian is a regular panellist on BBC Radio Scotland’s Breaking The News, and her other comedy credits include BBC Radio Scotland sitcom Jailmates, web series The Graduettes, BBC Radio 4’s Fresh From the Fringe and Fred MacAulay Live At The Edinburgh Stand. Her recent Edinburgh fringe performances have earned her rave reviews and she was chosen as The Best of Edinburgh 2018 by The Sunday Times.
Storrie began acting at a young age, appearing in the film Alabama at the age of 3, followed by a leading role in the movie Wednesday’s Child when she was 10. She wrote her first comedy pilot Cat’s Crime in 2010, and also performed in the show for BBC Radio Scotland. Her other writing credits include Conundrums My Dad Says and four comedy shorts focusing on the world of animals for BBC Radio Scotland.

In 2015 she stepped in as a guest on late night BBC Radio Scotland show The Music Match, becoming an instant hit with listeners including celebrity fans Dawn French and William Shatner. She has remained a guest presenter ever since, and has also recently co-hosted BBC Scotland’s Up for It.

The success of her viral videos has led to a deal with BBC Scotland producing similar parodies for their Short Stuff strand, including If Game of Thrones Was Scottish and If The Handmaid’s Tale was Scottish, and Storrie is currently developing her debut sitcom along with various other comedy projects. 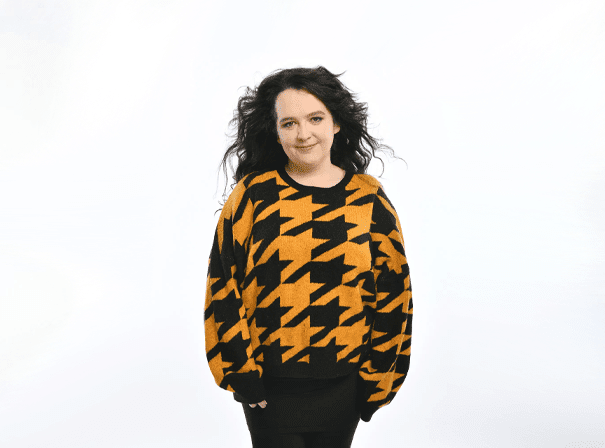