Comedian, writer and actor Barry Cryer has been a key figure in the past half century of British comedy, and his words have been spoken by many of the great comedians of the era. He is especially known for his work with David Frost, the Two Ronnies, and on BBC Radio 4.

Cryer made his London stage debut at the bottom of the billing at London’s Windmill Theatre and went on to land a role in musical satire Expresso Bongo alongside Susan Hampshire and Paul Scofield, but soon turned his attention to writing. He had early writing credits on The Jimmy Logan Show and became a writer and sometime stage presence at Danny La Rue’s nightclub, where he was spotted by David Frost. Frost invited him to write for the variety special A Degree of Frost, alongside figures including John Cleese and Marty Feldman, and Cryer continued to write for him for several years, including on the popular Frost Report.

Cryer went on to become one of the original writers for the Two Ronnies, and alongside writing partner John Junkin he contributed to The Morecambe and Wise Show during the 1970s. Over the years, he has written for most of British comedy’s biggest names, including Tommy Cooper, Les Dawson, the Carry On team and Billy Connelly. He has continued to perform on radio and television, including on Jokers Wild, The Steam Video Company, I’m Sorry I Haven’t a Clue and You’ll Have Had Your Tea. In recent years, he has performed a series of stand-up tours, published his autobiography, and become a popular after-dinner speaker. He has been a subject of the television biographical documentary This Is Your Life, received an Honorary Doctor of Letters from the University of Leeds, and was honoured with an OBE in 2001. 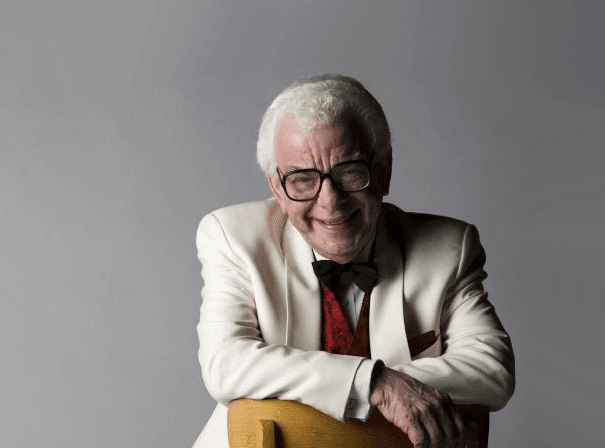