Stand-up, writer and actor Beth Stelling has recently been ascending to new heights, having previously been named a Comedian to Watch by Out Magazine and a Comic to Watch by Comic. She has recorded specials for Comedy Central and Netflix, released two comedy albums, and gained a reputation as a sought-after writer for her work on shows such as Crashing, Laugh Factory, and I Love You, America.

Stelling began her career on the Chicago stand-up scene, where she studied improv at The Annoyance Theater, interned with The School at Steppenwolf, and was a member of Chicago Underground Comedy. In 2010, the Chicago Reader named her the Best Stand-Up Comedian in Chicago, and she was later showcased as a New Face at Just For Laughs Festival in Montreal, before re-locating to Los Angeles.

As well as regular performances on the LA circuit, including at the Upright Citizens Brigade, Stelling soon made appearances on shows such as Conan, Chelsea Lately, @midnight, and Jimmy Kimmel Live. She recorded two comedy albums – Sweet Beth and Simply the Beth – and was featured on an edition of Comedy Central’s Half Hour, which Vulture named as one of the Best Stand-Up Specials of 2015. As an actress, she has guested on shows including Red Oaks, Corporate, Get Krack!n, as well as the indie feature This Isn’t Funny.

Stelling’s writing credits include Sarah Silverman’s Hulu series I Love You, America, Judd Apatow’s Crashing for HBO, Comedy Central’s Another Period, and the Seth Rogen-produced feature film Good Boys. She performs widely at comedy clubs and festivals across the US, and has toured to Australia, New Zealand, Canada and Ireland. Along with her mother Diane, she co-hosts the podcast We Called Your Mom, and has been a guest on others including 2 Dope Queens and Getting Doug with High. 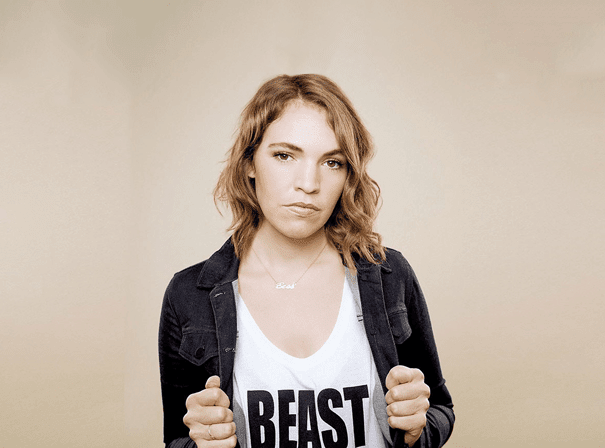