Bilal Zafar is a widely recognised British comedian and accomplished writer. Zafar has been nominated for Best Newcomer at the Edinburgh Comedy Awards in 2016, and in the same year he was awarded the New Act of The Year Award. Zafar is celebrated for his low-key delivery and hilarious storytelling. He is a writer for the Independent and the Guardian and has appeared on the likes of BBC Three, MTV, Channel 4, Channel 5, BBC Radio 4, BBC iPlayer and BBC Radio 5 Live.

Zafar is a talented writer and has written as well as performed stand-up for BBC Radio 4, featuring as one of the lead writers on Sketchtopia. Zafar has appeared in many popular show including the sitcom Catastrophe, Sick of it and appeared in Last Christmas. He was a Great Yorkshire Fringe New Comedian of the Year finalist in 2015 and a Leicester Square Theatre New Comedian of the Year runner up. His most recent show, Lovebots, was met with rave reviews and five-star feedback from the likes of the Times and the Guardian, described as ‘sassy nonchalance and unwavering deadpan’ by the latter.

Zafar has taken three comedy shows to Edinburgh and London, namely Cakes, Biscuit and Lovebots and is currently working on a 2020 show called Care. He continues to make a name for himself in comedy and he is sure to build upon his success with his future work. 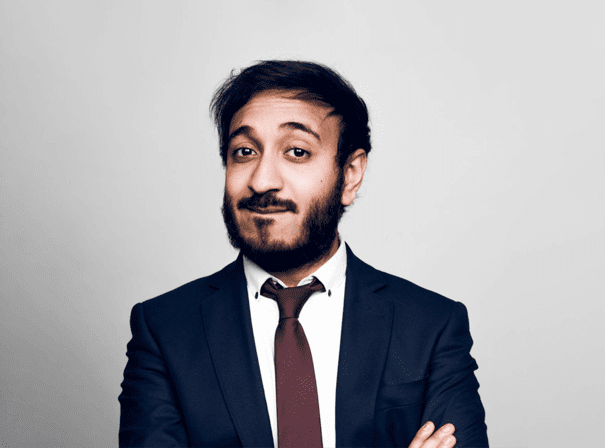