Billy Gardell is one of the most recognisable faces in American comedy due to his popular stand-up routines and his many acting roles in sitcoms such as Mike & Molly, Bob Heats Abishola, and Yes, Dear. He is a daytime Emmy nominee, and has recorded comedy specials for Showtime and Comedy Central.

Originally employed to carry out cleaning and front of house duties at comedy club Bonkerz, Gardell’s comedy career began when he performed at an open mic night after a dare with his co-workers. He excelled, and over time he began to open for the likes of George Carlin and Dennis Miller, and to tour widely. Gardell’s stand-up combines storytelling and observation, wrapped up in a down-to-earth persona that is loved by audiences. He has filmed the comedy specials Halftime for Comedy Central, and Billy Gardell Presents Road Dogs for Showtime, and is a regular on shows such as The Tonight Show with Jay Leno, The Late Late Show with Craig Ferguson, Canon, Entertainment Tonight and The Talk. He also acted as the host of the popular gameshow Monopoly Millionaires Club, for which both he and the show earned daytime Emmy nominations.

Gardell has enjoyed dozens of high-profile television acting roles, though he is perhaps best known for starring opposite Melissa McCarthy in the sitcom Mike & Molly for six seasons, and for starring in the CBS sitcom Bob Hearts Abishola. His many other appearances have included Young Sheldon, Sun Records, My Name Is Earl, and Lucky. On the big screen, he is known for Bad Santa, Dragon Wars: D-War, and You, Me and Dupree. 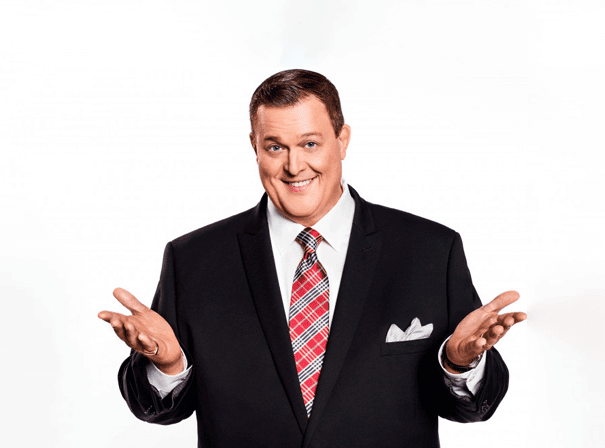