Bitch Sesh is an Earwolf comedy podcast hosted by Casey Wilson and Dannielle Schneider, the podcast is a breakdown of the Real Housewives, born from the duos love of the show. The podcast has been immensely popular with Real Housewives fans all over, the pair discuss highlight moments on the show as well as answering questions related to the show share the stage with special guests.

Both Wilson and Schneider are comedians, actresses and writers who have worked extensively in the entertainment industry. Wilson is best known for starring is Penny Hartz in Happy Endings, an ABC comedy series that was twice nominated to the Critics’ Choice Television Award for Best Supporting Actress in a Comedy Series. Wilson has also appeared in sitcoms, including The Hotwives and Marry Me and has featured in supporting roles in Gone Girl and The Meddler, amongst other films. Wilson’s co-host, Schneider, also starred in The Hotwives and co-created the series.

Prior to the podcast, the duo held over the top readings of Housewives episodes at UCB and embarked on the Hotwives series in 2014, a spoof co-created by Schneider featuring both Wilson and Schneider. Due to the podcast’s rave reviews and unwavering fans, Bitch Sesh completed a live show which was positively received. Bitch Sesh has received positive acclaim and it was ranked among the best comedy podcasts in 2016. 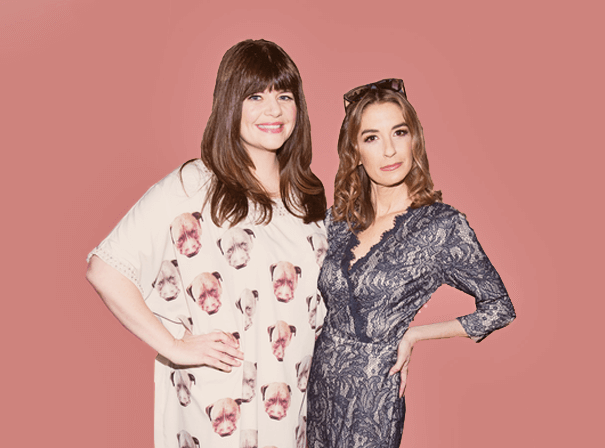