Broad City Live is a widely popular live adaptation of the web-to-television series, by the duo Abbi Jacobson and Ilana Glazer on Comedy Central. The Jacobson and Glazer toured their hilariously unique sketches on stage across the country and have been met with rave reviews for their unique themes and creative comedy sketches.

The show originally stems from Broad City, an American television sitcom starring Jacobson and Glazer, initially developed from their original web series (2009-2011), the brain child of the two creatives. The sitcom, similarly to the web series, is based on the friendship of the pair and follows the dynamic duo on their adventures across New York as they attempt to navigate through their 20’s. Since its premiere in 2014, the show has averaged a colossal 1.2 million viewers per episode and fast became Comedy Central’s highest-rated first season since 2012 and was nominated for several awards including the Critics’ Choice Television Awards and the MTV Movie & Television Awards.

The success of the series was followed by a live adaptation of the original Broad City; Broad City Live has toured extensively across the US with its outlandish sketches and has been performed in front of adoring audiences from Washington to Houston, produced by AEG Live. 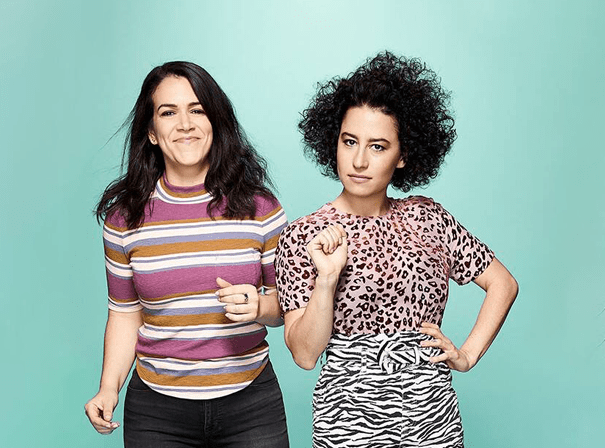