Chris Tucker is a world recognised American actor and comedian, most noted for his roles as Detective James Carter in the Rush Hour trilogy and Smokey in Friday. Tucker is a popular stand-up comedian, frequently performing on Def Comedy Jam in the 90’s. Tucker has collaborated and acted alongside several acclaimed figures, namely Bruce Willis and Charlie Sheen amongst others. Tucker has appeared in numerous critically acclaimed films over the years, including The Fifth Element, Jackie Brown and Silver Linings Playbook, to name a few.

Tucker’s profile rose to fame in 1994, when made his on-screen debut in House Party, following greater recognition when he appeared alongside Ice Cube in Friday. Tucker continued to make a name for himself in cinema; starring in Money Talks with Charlie Sheen and Bruce Willis in The Fifth Element, as well as landing a supporting role in Jackie Brown. Tucker starred in the martial arts comedy Rush Hour along with Jackie Chan, also starring in the two sequels that would make Tucker a household name. Tucker also starred in Michael Jackson’s music video for ‘You Rock My World’ and appeared in 2pac’s ‘California Love’.

2011 saw Tucker make a well received comeback to stand-up comedy, as well as land a role in the award-winning Silver Linings Playbook, co-starring Bradley Cooper, Jennifer Lawrence and Robert De Niro. Tucker’s performance was positively received by audiences and critics and the film won the Broadcast Film Critics Award for Best Cast, owing to its success. In 2013, Tucker hosted the BET Awards in California. 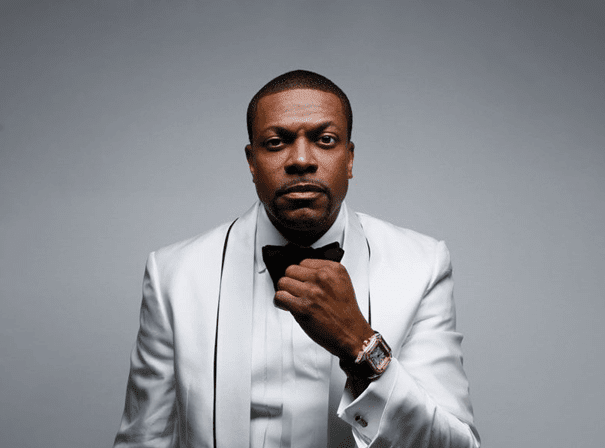