Weekly podcast Comedy Bang!Bang! is hosted by no other than Scott Aukerman, the popular comedian and writer.Prior to hosting the show, Aukerman is better known for his work on Mr. Show with Bob and David, the 90s HBO sketch comedy program. He also co-founded Comedy Death-Ray stage show, the brilliant weekly production at the Upright Citizens Brigade Theatre in Hollywood. A television series also entitled Comedy Bang! Bang! was broadcast on IFC, again hosted by Aukerman and featuring the likes of Kid Cudi, Reggie Watts and “Weird Al.”

The podcast is hugely popular in the comedy world and over the years has gained a huge fan base from its playful games, shameless parodies and hilarious reviews. The long running podcast has welcomed guest appearances from many major comedians and actors, including Ben Stiller, Jon Hamm, Adam Scott Seth Rogan, to name a few.

Comedy Bang!Bang! was formerly broadcast from Indie 103 studios in Southern California up until 2010, when it became part of the Earwolf comedy podcasting network. The show was formerly called Comedy Death-Ray Radio until it reached its two year anniversary, when Aukerman announced during the debut podcast “Two-year Anniversary”, of the new name change and format. 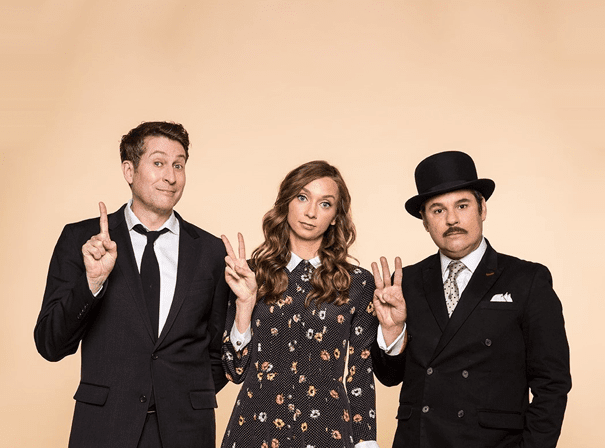