David Koechner is an American comedian and actor, better known for starring in Anchorman as Champ Kind, and American sitcom The Office as Todd Packer.

Koechner began performing stand-up in Chicago whilst studying improvisational comedy. He performed on Late Night Conan O’Brien and Saturday Night Live for a year in the 90s, before landing small roles in comedy films such as Man on the Moon Austin Powers: The Spy Who Shagged me and Wag the Dog.

In 1998, Koechner starred in the film Dill Scallion, a country mockumentary where he met fellow actor and comedian Dave ‘Gruber’ Allen. The two hit it off instantly and formed the comedy duo The Naked Trucker & T- Bones Show, incorporating charming live music into their comedy. The act became increasingly popular, regularly performing at Largo, and other Hollywood Clubs, they were even invited to be the opening act for Tenacious D.

2007 was a huge year for the duo; creating and starring in their very own sketch comedy series: Naked Trucker & T-Bones Show, for one season on Comedy Central. In 2004, Koechner played Champ Kind in Anchorman, a breakthrough role which only led to major supporting roles in numerous comedy films such as Extract, Semi Pro and Thank You for Smoking. He also played a leading part in sports comedy: The Comebacks, and more recently horror comedy Krampus, and Anchorman 2. His side-splitting TV credits include Comedy Centrals’ Another Period, Bless this Mess and he currently voices Bob Pogo on Netflix’ F is for Family. 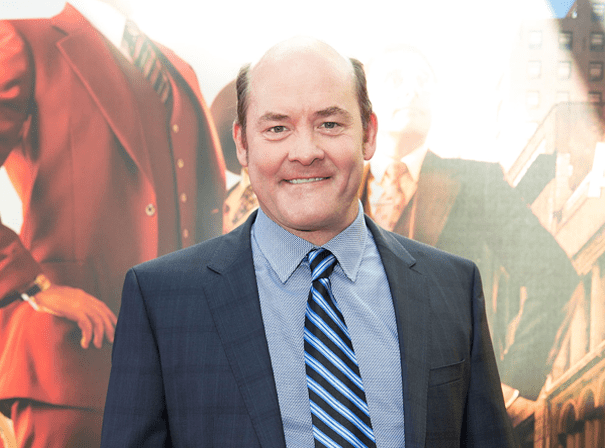