British comedian and television presenter David Morgan is a rising star from Solihull, instantly recognisable for his TV appearances on shows including ITV’s Weekend show, ITV1’s Zoe Ball on Saturday/Sunday and as a team captain opposite panel show favourite Katherine Ryan on ITV2’s Safeword. He presented popular I’m A Celebrity Get Me Out of Here! spin-off programme I’m a Celebrity Get Me Out Of here!…Now! alongside Laura Whitmore and Joe Swash for ITV2, and his other credits include E4’s Virtually Famous, BBC Three’s Sweat the Small Stuff, All Back To Essex (ITVBe) and Channel 5’s Big Brother’s Bit on the Side.

Morgan kicked off his comedy career performing with the Bachman Turner Improvise sketch group in 2005 before launching his solo stand-up career. His hilarious show Triple Threat was a huge hit at Edinburgh Fringe and received a nomination for best new show at the 2011 Leicester Comedy Festival. Morgan’s boundless energy and likeable stage presence helped him become a regular compere on the comedy circuit, and it wasn’t long before a career in television beckoned for the infectiously funny young star.

Morgan made early TV appearances on the likes of E4’s Virtually Famous and Channel 5’s Big Brother’s Bit on the Side before he got his big break taking over from Rob Beckett as a co-presenter on I’m a Celebrity…Get Me Out of Here! NOW! and he has appeared regularly on TV ever since. Morgan is also a regularly guest presenter on Virgin Radio, and recently made his stage debut in Magic Mike Live at the London Hippodrome, receiving rave reviews in the show co-directed by Channing Tatum. With a natural talent and likeability factor, it’s clear that David Morgan has great things to come. 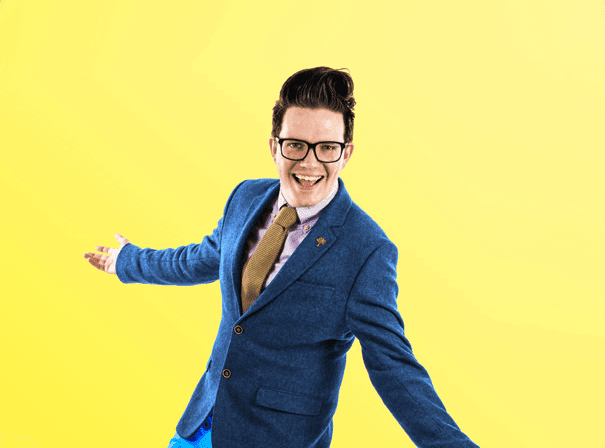