American talk show host, comedian, actor, sports and political commentator, Dennis Miller is celebrated for his work on Saturday Night Live a show that lay the path for an impressive string of his own talk shows on CNBC and HBO, including the hugely successful Dennis Miller Live, and radio talk show Westwood One.

Miller began performing stand-up comedy at open mic nights after watching and being inspired by a Robin Williams comedy special in 1979. He moved from Pittsburgh to New York to speed up his career success and took part in the New York Laff-Off Contest, the audience of which included many talent agents. During this period he was named by Hustler Magazine in a “The 10 Funniest People in America You’ll never see on TV” article.
In 1985, Miller was spotted by TV producer Lorne Michaels at The Comedy Store and asked to audition for Saturday Night Live.

He landed the position as the Weekend Update sketch host, reading the news and deliberately adopting a ‘cynical’ tone, noting that the ‘nice guy’ type did not last long in this role. In 1988, Miller’s debut stand-up comedy album entitled The Off White Album was released. Shortly after the album’s release, he performed a much loved TV special on HBO: Dennis Miller: Black and White.

After his post at SNL, Miller went on to host The Dennis Miller Show, which lasted 7 months. In 1994 he hosted Dennis Miller Live, a show that ran for an astounding nine years, winning 5 Emmy Awards. Five years later, in 2007 he began hosting Westwood One, a weekday 3 hour talk show, lasting an incredible eight years. 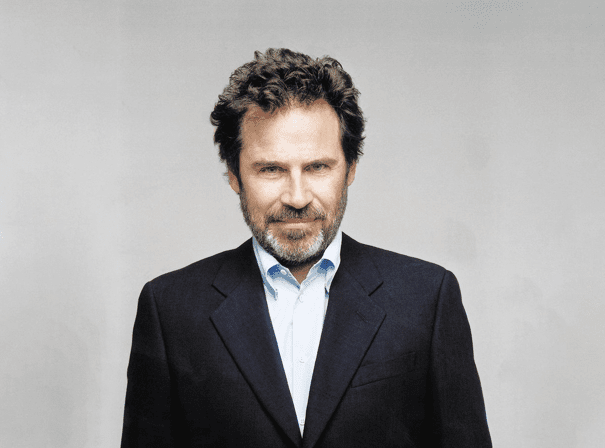