Eddie Izzard is one of Britain’s most-loved comedians, known for his distinctive style of stand-up, his acting credits on stage and screen, and his activism and endurance sporting achievements. He is widely regarded as one of the most influential comics of his generation, and was listed as number 3 in Channel 4’s 100 Greatest British Comedians.

Izzard began his performance career as a street performer, and later as a stand-up on the London comedy scene. He gained recognition through the 1980s and 90s, performing at the Comedy Store in 1987, and running his own club, Raging Bull, in Soho.

He has since gone on to enormous success and world renown, and his comedy special Dress to Kill earned him a Primetime Emmy Award. Izzard has taught himself several languages, and is admired for performing in French, Spanish, German, Arabic and Russian. Aside from his comedy career, he is an accomplished actor, having appeared on the West End and Broadway, and in films including Ocean’s Thirteen, Across the Universe, Victoria & Abdul and Valkyrie.

Izzard is a passionate activist for political and social causes, and has undertaken several sporting challenges. In 2009, with little training, he completed 43 marathons across the UK in 51 days, earning a special award at that year’s BBC Sports Personality of the Year. In 2016, he undertook 27 marathons in 27 days in South Africa, sometimes in extreme heat, and raising over £1.35 million for Sport Relief.

Izzard makes frequent appearances in the media, and has been a guest on shows such as Question Time, Have I Got News For You, and Comedy Central’s The Daily Show. He has received Honorary Doctorates from the University of Sunderland and York St John University, and received the Outstanding Lifetime Achievement Award in Cultural Humanism at Harvard University. 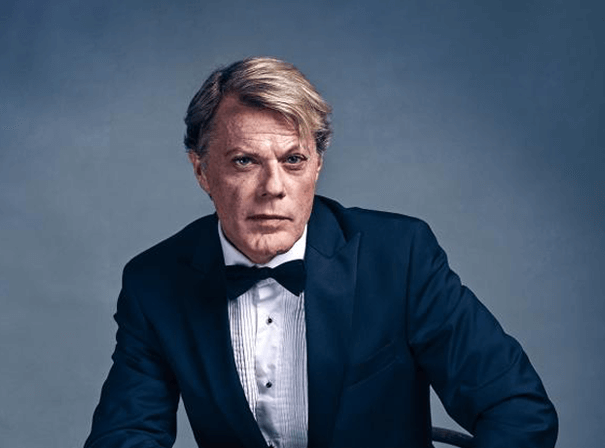