With her mixed Iranian-German heritage, Enissa Amani’s comedy takes inspiration from her experiences of integration, relationships and identity. She works as a comedian and TV presenter on German television.

After a difficult childhood where she had to flee her native Tehran with her parents, her family settled in Frankfurt. She began her career as a pageant contestant in beauty shows such as Miss Tourism Iran and Miss West-Germany, before going on to present fashion on the German channel QVC. Amani started doing stand up comedy in 2013, and quickly landed appearances on late night television shows such as NightWash and TV total. Her first shows did well, and she instantly became a sell out performer with her original routines. In 2015, she won the German Comedy Prize for Best Newcomer and in the same year she was a contestant on TV dance competition Let’s Dance, taking fourth place with her dance partner Christian Polanc. She has also starred in films such as Ladies Night, SMS für Dich and Fack ju Göhte 2.

Amani is the first woman to have her own Netflix Original special, Enissa Amani: Ehrenwort. Her one-woman routine was recorded live in Hamburg and covers whole range of topics from German engineering to fan-mail etiquette. She has also featured on the Netflix show Comedians of the World, representing the diversity in comedy alongside a roster of global stand up artists. 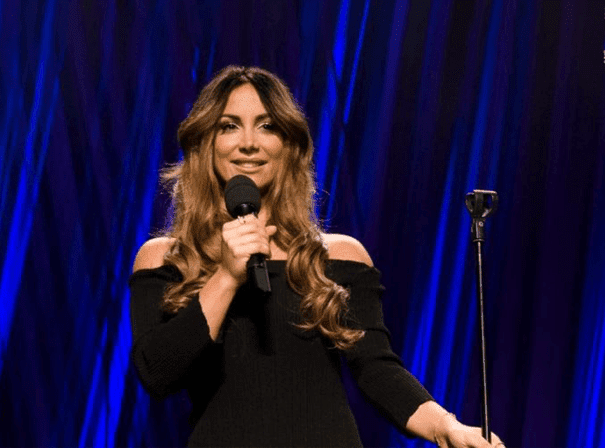