Eric Andre is an American television personality, comedian and actor. He is the creator, writer and host of The Eric Andre Show, a satirical talk show which parodies late night public access television, and features sketches, comedy, songs and interviews.

Andre started out doing commercials and stand-up gigs in New York, before he shot a homemade pilot of The Eric Andre Show in an abandoned warehouse in Brooklyn. He taught himself how to edit the footage before sending it off to networks. Cartoon Network’s late night slot Adult Swim loved the stream-of-consciousness, surreal pilot and immediately commissioned a ten episode series. Andre moved to LA to film the series and once it aired it became an immediate success, with audiences loving the outlandish, shocking comedy. Andre has also featured in the TV series Don’t Trust The B—- in Apartment 23, and was a guest star on 2 Broke Girls. He played Mike in the series Man Seeking Woman, and has also worked as a voice actor on Disenchantment in 2015, and The Lion King in 2019.

The comedian’s talents don’t stop there, as he also produces music under the alias BLARF. Andre graduated from Berklee School of Music in Boston, and it was at college that he started the band. The group has since disbanded and reformed, and in 2019, BLARF released an album called Cease and Desist on Stones Throw Records. 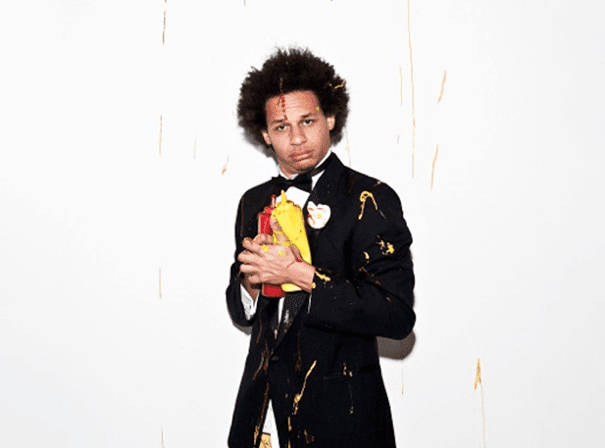