Stand-up comedian Gad Elmaleh has gained popularity in France and French Canada, as well as his native Morocco. He has starred in a number of feature films and toured across Europe and America, performing routines based on the comedy of everyday life.

Nicknamed the ‘Seinfeld of France’, Elmaleh began performing his one-man shows in theatres in Paris in the late 90’s. Thanks to his rich heritage as a Moroccan Jew who later moved to Paris, he was able to bring a new kind of stand-up to France and wow audiences with his fresh style. By the time his fourth one-man show went on tour, he was performing across Canada, the US and Europe, and he sold 1.5 million copies of the show on DVD. In 2007, he was voted ‘funniest man of the year’ by TF1 and sold out a record breaking seven week run of his live show at the Olympia Theatre in Paris, selling an incredible 1 million tickets to the show. After multiple TV appearances the comedian moved to America, embarking on a tour titled ‘Oh My Gad’ and landing several film roles. He’s appeared in both French speaking and American films, such as Ole!, La Doublure, Coco, Jack and Jill and Midnight in Paris.

His Netflix series Huge In France has recently exposed him to a much larger worldwide audience, building on an already great reputation as one of the world’s most talented comedians. 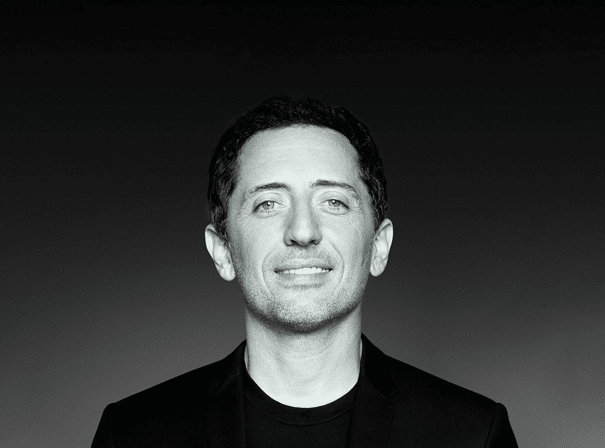