George Lopez is an American actor and comedian. He’s best known for producing and starring in the hit ABC sitcom in which he plays the titular character. He has become known for his often comedic examinations of race relations in America, particularly Mexican-American culture.

After years of performing on the comedy circuit, Lopez was approached by Sandra Bullock, who was concerned about the lack of Hispanic representation on TV in America. Lopez pitched for a sitcom focused on the real lives of Hispanics in the States, and the idea for the show was quickly picked up by ABC. The sitcom went on to air for 5 years between 2002 and 2007. Following the success of the show, Lopez was given his own late night talk show called Lopez Tonight, as well as playing the starring role in sitcom Saint George in 2013. He has since gone on to be a guest judge on America’s Got Talent and win the Audience Award at the 2002 Sundance Film Festival for his film Real Women Have Curves. Other appearances on the big screen include in The Spy Next Door and as a voice for the animated hit Rio. He has also released an autobiography titled Why You Crying.

Lopez’s contributions to the Latino community and their representations on mainstream television have been recognised in the form of several awards. In 2003 he won the Imagen Vision Award, the Latino Spirit Award for Excellence in Television and the National Hispanic Media Coalition Impact Award. In 2005, he was named one of Time Magazine’s Top 25 Most Influential Hispanics in America. He is an active member of his community in LA, and carries out extensive charity work. 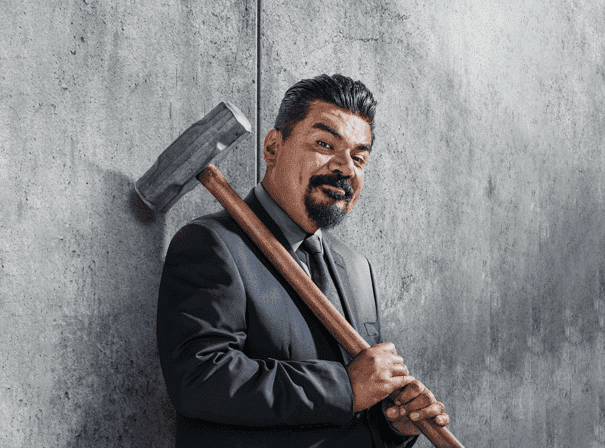