Comedian Ian Stone is taking the world by storm, one provocative, self-deprecating joke at a time. Named by The Independent as one of Britain’s top ten stand-ups, Stone has performed at comedy clubs and festivals in Australia, Hong Kong, South Africa, Holland, France, Ireland, and Germany, and was Moscow’s first British stand-up performer, as well as the first performer ever at Mumbai’s The Comedy Store. He’s been nominated for the Leicester Comedy Festival Awards’ Best Show and hosted BT Sport’s The Football’s On, while holding a spot as one of The Comedy Store’s Cutting Edge’ team. Stone is also the co-founder and lead presenter of The Tuesday Club, one of the highest rated podcasts in Britain.

In addition to his appearances on programs like Mock The Week, The World Stands Up, Never Mind The Buzzcocks, and Saturday Live, Stone has been heavily involved in the world of sports. As the LoveSport Radio breakfast show presenter and a regular guest on Fighting Talk, he brings a uniquely comic perspective to current sporting events, and has taken part in many other related projects, such as the critically acclaimed 2012 football documentary Football’s Home Fans. Ian’s talents stretch even further, as he’s co-written for television series and taken on the role of regular columnist in the Official Arsenal Magazine. Ian has performed for troops in Kosovo, Kuwait, Bosnia, and Cyprus, and even used his Afghanistan performance as the subject of a self-produced documentary. 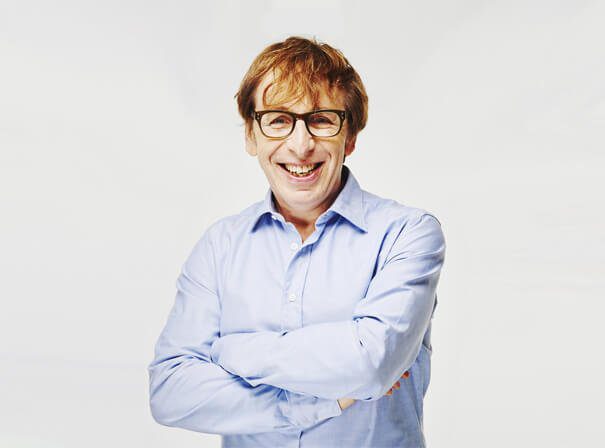