Jake Nordwind is a comedian, writer and actor from Los Angeles. He appeared in James Franco’s “Palo Alto,” MTV’s “Greatest Party Story Ever” and was a character voice on the animated series, “Neighbors from Hell.” In 2017, he was featured in the “New Face” standup showcase at the Just for Laugh’s festival. Nordwind starred in the Above Average web series titled “Backhouse,” which he created, produced and sold the pilot to Comedy Central. Nordwind stars in dozens of Above Average videos, which have hundreds of thousands of views. His comedic work has been featured on Funny or Die, and he has appeared in “Lonely and Horny,” a College Humor’s series. He wrote and starred in the TBS Digital “Black Friday: The Movie.” Now he is working on creating a digital series with the animation studio ShadowMachine.

Nordwind is always writing stand-up, sketch, and video material for up-and-coming comics around the country. In 2019, he was invited to join Sunday Company at the Groundlings, an improvisation and sketch comedy theatre in LA. For years, he has been honing his comedic skills with standup performances and scripted content. Nordwind’s experience writing sketches gives him an edge with his comedy and acting. He knows what needs to get done to create a hilarious storyline that will leave audiences wanting more. With so many standup performances and comedic sketches under his belt, Nordwind is on his way to take the comedic world by storm. 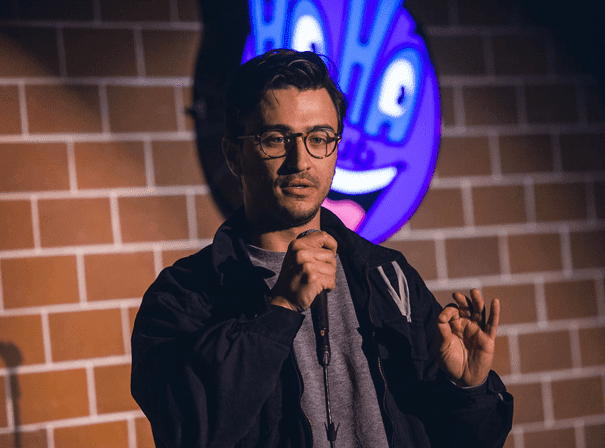