Actor, writer and comedian JB Smoove is a titan of comedy, who has never been far from our screens in a career spanning two decades. He is perhaps best known for playing Leon in Curb Your Enthusiasm, and is previously known for playing the role of Ray in the CBS sitcom The Millers.
Smoove started out in stand-up, and landed his first regular television job as a cast member on sketch series Cedric the Entertainer Presents.

Following this, he served as a writer on Saturday Night Live alongside the likes of Tina Fey and Seth Meyers, and frequently appeared in the show’s sketches. Over the following years, he landed a large number of regular and guest television roles, most notably Manny in Everybody Hates Chris, Kenny Westchester in ‘Til Death, and Leon Black in Curb Your Enthusiasm. A celebrated voice character, he has also voiced characters on The Simpsons, American Dad!, Teenage Mutant Ninja Turtles, and 3Below: Tales of Arcadia.

Smoove has served as host for shows including Russell Simmons Presents: Stand-Up at the El Rey, Russell Simmons Presents: The Ruckus, and the NBC comedy competition Last Comic Standing. He played a fictionalised version of himself on parody reality series Real Husbands of Hollywood, and has appeared multiple times on shows such as Conan, The Wendy Williams Show, Last Call with Carson Daly, The Tonight Show with Jay Leno, and Jimmy Kimmel Live! He has featured in over 30 movies, including Spider-Man: Far from Home, Date Night, Hall Pass, and Mr. Deeds, and his first comedy special, That’s How I Dooz It, was released on Comedy Central in 2012. He has been nominated for two Image Awards and a SAG Award, and has jointly won a WGA Award and a BTVA Television Voice Acting Award. 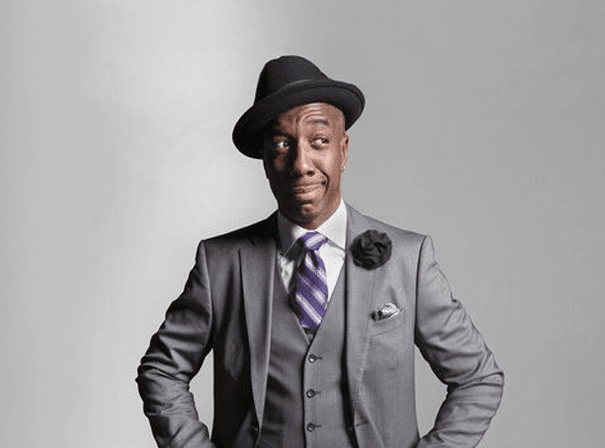