American stand-up comedian and ventriloquist Jeff Dunham has appeared on countless TV shows, including The Tonight Show, Late Show with David Letterman and Comedy Central Presents.
Dunham started ventriloquism at the age of 8; hugely inspired by the likes of Edgar Bergen and Jimmy Nelson, he decided that he wanted to be the best ventriloquist in the world. In 1990 he was given a slot on The Tonight Show Starring Johnny Carson and Dunham and Peanut, his puppets. He continued to perform stand up performances and obtain small television roles, such as an episode of Ellen in 1996 and appearing in a Hertz TV advert which gradually built his reputation into a large theatre headliner.

In 2003 Dunham made his debut solo Comedy Central Presents performance, showcasing four of his puppets. In 2005 Dunham took the risk and financed his own DVD entitled Jeff Dunham: Arguing with Myself. The show aired on Comedy Central in 2006, acquiring two million viewers, and a further two million copies of the DVD were sold. More of Dunham’s comedy specials include Jeff Dunham: Spark of Insanity, Jeff Dunham: Controlled Chaos and The Jeff Dunham Show.

Dunham’s unyielding perseverance and dedicated nature has seen him named “America’s favourite comedian” by Slate and his YouTube channel has received over a colossal 350m hits. He made a Guinness World Record for the “Most tickets sold for a stand-up comedy tour,” during his Spark of Insanity tour, which he performed in almost four hundred venues globally. 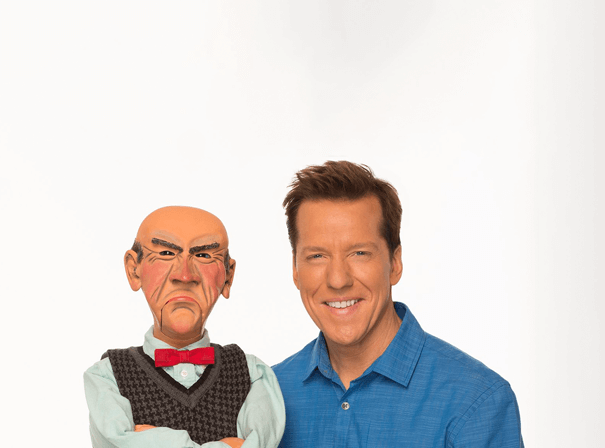