Jo Firestone is a writer and actress on “The Tonight Show Starring Jimmy Fallon.” She has played multiple roles alongside Jimmy Fallon such as portraying U.S. Education Secretary Betsy DeVos. Before making her way on the late-night television stage, Firestone acted in a wide range of television series. She has appeared on “Search Party,” “Jon Glaser Loves Gear,” “Broad City” and “High Maintenance.” Now, she plays the character Sarah Conner on Adult Swim’s “Joe Pera Talks with You.” She regularly performs standup in New York City and 2017, she did so on Comedy Central.

Not only does she have experience in front of the camera, she also has behind the camera skills as well. She was consulting producer for 21 episodes of “The Chris Gethard Show.” And directed, wrote and performed in “Ridgefield Middle School Talent Nite,” which received a Capital Fringe Festival Director’s Award in 2010. Firestone’s talents can be seen on television and heard on podcasts as well. She co-hosts the podcast Maximum Fun’s “Dr. Gameshow” and her comedy album, “The Hits” is available on Comedy Central Records.

Firestone is an experienced comedian who perfects her craft every day. Her calendar is filled with standup and hosting events all around New York City. With such a busy standup schedule and writing for nightly show, it is clear Firestone is going to rocket to the top of the comedy industry. As her extensive resume (and name) suggests, she has the fire power to get her there. 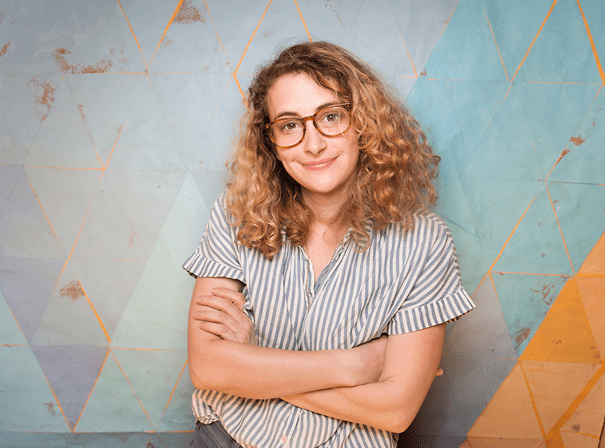