With a wealth of experience as a stand up comedian, TV presenter, film critic and compare, Mark Dolan is known and loved by a wide audience. His varied career has included launching both E4, with Show Me The Funny, and More 4, with The Last Word, along with his critically acclaimed series The World’s…and Me, which featured record breaking people and pets. A winner of Channel 4’s Come Dine With Me Christmas Special, Mark has also worked alongside one of modern media’s most controversial personalities in If Katie Hopkins Ruled The World, as well as presenting three series of Channel 4’s Balls of Steel and the Channel 5 show Urban legends. As something of a film buff, Mark presented Sky TV’s flagship movie review show, 35mm, for three years. He was also the compare for the opening of the Edinburgh Film Festival, presented the launch of Filmon.com and hosted the Dark Knight UK premier at the famous Odeon Leicester Square. Somehow, Mark still finds time for stand up comedy, and had a regular Saturday night residency at the Amused Moose in Soho. He regularly takes his own one man show to the Edinburgh festival where it always proves a huge hit with audiences. Mark remains frantically busy, developing a live comedy show The Sex Guru with sexologist Wolfgang Weinberger, while maintaining TV commitments and a monthly stand up residency in the West End. His intelligent, natural delivery, combined with his quick wit and charm, have made him a popular host and compare at everything from the World Photography Awards in Cannes to the Financial Times PIPA Awards. He continues to be in demand as a presenter, discussion panel chair and even quizmaster at a huge range of blue chip events. 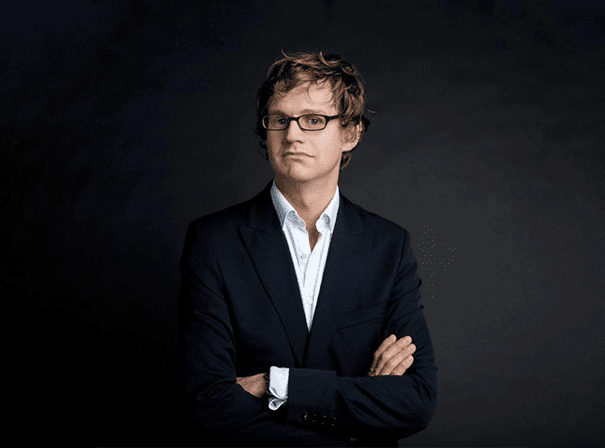