Mawaan Rizwan is a Pakistani-British actor, writer, television presenter, and comedian. He rose to fame with the success of his YouTube channel (formerly called MalumTV) where he would film humorous videos and sketches, often incorporating his mother into his acts, who consequently became a Bollywood star. His videos have had been viewed over 18 million times, and his official channel has almost 90k subscribers.

An immensely promising stand-up career has included a stint supporting renowned comedian Simon Amstell on a UK Tour, a critically and commercially successful solo show at Edinburgh Fringe Festival titled ‘Juice’, and the recent show, ‘New Order’, at Melbourne International Comedy Festival. His television credits include a starring role in ITV drama Next of Kin, as well as the BBC’s Bafta-winning television show, Murdered By My Father, and he was a cast member on the BAFTA-nominated sketch show, DNN: Definitely Not Newsround. Other credits include supporting roles on ITV’s Vera, Channel 4’s Loaded, and the BBC series Five by Five. He has presented several documentaries, including How Gay Is Pakistan?, and Getting High For God. Notably, he presented Channel 4’s Battlefront show, a double Emmy award-winning project about young campaigners making social change. He also directed the award-winning short film, Jimmy Will Play.

Rizwan has also achieved success as a writer. He has written for BBC children’s TV series Spot Bots, and Apple Tree House, and recently worked on the second series of the Netflix show, Sex Education. He has also penned articles for The New York Times. He has appeared on radio numerous times and was formerly a co-host of the BBC Asian Network comedy show, The Mawaan & Emily Show. 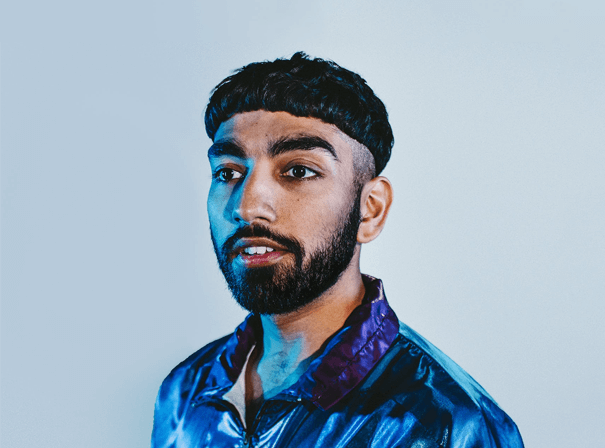