Hamburger’s key characterisations include his anti-comedy style and misanthropic jokes. Hamburger has featured as this character in many TV shows and films, as well as releasing a great deal of comedy films. Notable albums include Neil Hamburger Sings Country Winners and First of Dismay, which feature original songs, as well as cover versions from “The Too Good for Neil Hamburger Band.”

Turkington created Hamburger in the 90s, a concept which was initially intended as a “weird recording project.” The idea stemmed from a prank call which featured on his debut album Great Phone Calls Featuring Neil Hamburger. This led to three more albums before received requests to perform on live shows. Hamburger was invited regularly on Tom Green’s House Tonight, the popular internet talk show. In 2006 he began his very own show called Poolside chats with Neil Hamburger.

In 2010 an iPhone App was released by Special Entertainment called Shaky Advice from Neil Hamburger; an app that operated as a Magic 8 Ball, complete with 30 short videos giving funny advice. His more recent work, in 2015, involved a dramatization of Neil Hamburger for the feature-length film: Entertainment. Turkington stars in the film as a “variant” of his Hamburger character and also assisted with the hilarious script-writing. 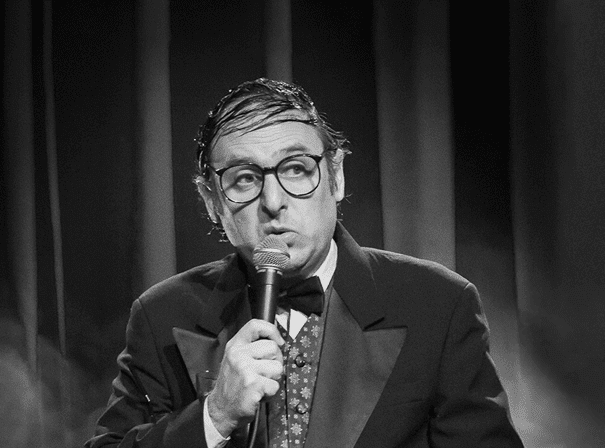