Comedy magician Pete Firman blends deft sleight of hand and unstoppable charisma to create his distinctive, mind-boggling and hilarious performances. He is known to audiences for his appearances on Tonight at the London Palladium, The Generation Game and The Next Great Magician, as well as his popular live shows across the country. He has been described by Time Out as ‘funnier than most comedians and more magical than Dumbledore on a good day.’

Firman discovered magic at a young age, and became inspired after watching Paul Daniels on television. After studying theatre and gigging as a magician, he won his big break as part of Channel 5’s Monkey Magic, and went on to appear in shows such as Dirty Tricks, Secret World of Magic and Stake Out. Well on his way to becoming a household name, he has been a guest on shows hosted by John Bishop, Sarah Millican, Jason Mansford and Derren Brown.

Firman has taken his unique live shows on several UK tours, become a staple of the Edinburgh Festival Fringe, and performed at Just for Laughs Festival in Montreal and Hollywood’s Magic Castle. He has also performed as part of Champions of Magic, The All-Star Stand Up Tour, and Sandi Toksvig’s Christmas Cracker. He wrote the beginners’ magic book Tricks To Freak Out Your Friends, which has been released in the UK and the USA, and has written for publications including The Scotsman, Time Out London and The Guardian. He has lent his expertise as a magic consultant, is frequently interviewed on magic-themed documentaries such as Channel 4’s 50 Greatest Magic Tricks and Channel 5’s When Magic Tricks Go Horrible Wrong, and hosted the documentary Pete Firman’s World of Magic on BBC Radio 4. 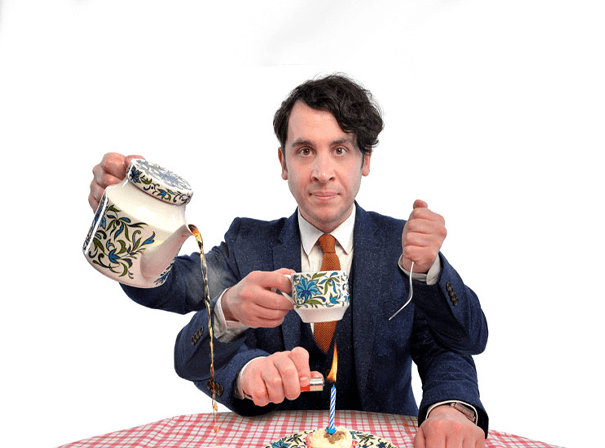