Rachel Bloom is a celebrated American actress, singer, songwriter and comedian who is well known as the star and co-creator of the CW musical Crazy Ex-Girlfriend. For the role of Rebecca Bunch in Crazy Ex-Girlfriend, Bloom won a Golden Globe Award for Best Actress, a Critics’ Choice Television Award and a TCA Award for individual Achievement in Comedy. Bloom is also a four-time Emmy nominee, for her work on Crazy Ex-Girlfriend and other works.

Bloom is the creator of the song and music video ‘Fuck Me, Ray Bradbury’, which debuted in 2010 and was nominated for a Hugo Award. Following the success of the song, in 2013 Bloom released her debut album of musical comedy, titled Please Love Me, which included the hit songs, ‘Fuck Me, Ray Bradbury’ and ‘You Can Touch My Boobies’. In the same year, Bloom released her second album, Suck It, Christmas, which was positively received and included the popular song ‘Chanukah Honey’.

In 2016, Bloom was publically recognised for her achievements and was awarded the Visionary Award at the annual gala held by East West Players. Bloom is also known for working as a television writer for shows including Allen Gregory and Robot Chicken, an Adult Swim sketch series in which she was nominated for an Emmy. Bloom has featured in many shows and films, including Bill Nye Saves the World and Most Likely to Murder and is set to feature in Angry Birds 2 and Trolls 2. 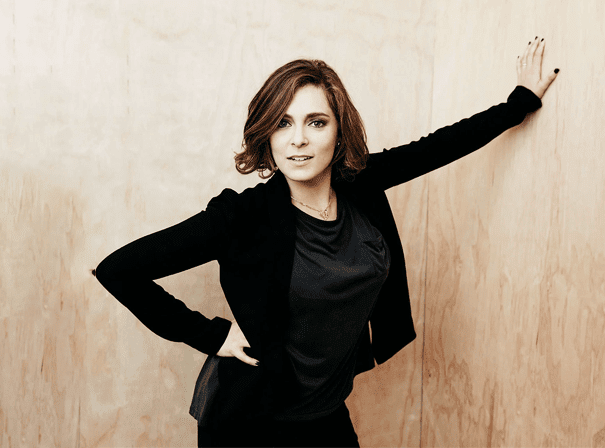