Meyers joined the cast of Saturday Night Live in 2001 and a few years later became writing supervisor in 2005, becoming co-head writer in 2006. Throughout his participation on the show, Meyers impersonated many figures such as Prince Charles, Tobey Maguire, Donald Trump, Jr and Tom Cruise. Meyers was critically acclaimed for his role in numerous Saturday Night Live sketches. Meyers succeeded Jimmy Fallon in 2014, to host Late Night and continues to host the show.

Meyers has appeared in several film productions as an actor and producer; credits include I Don’t Know How She Does It, Nick and Norah’s Infinite Playlist, Journey to the Center of the Earth and Hot Rod, which he co-produced. Meyers is the executive producer of MacGruber, a 2010 comedy film which was positively received upon its release. Meyers has also featured in many television shows and has hosted a number of awards including the Webby Awards and the ESPY Awards, both on two occasions. Meyers also hosted the 6th Primetime Emmy Awards in 2014 and the 75th Golden Globe Awards in 2018. 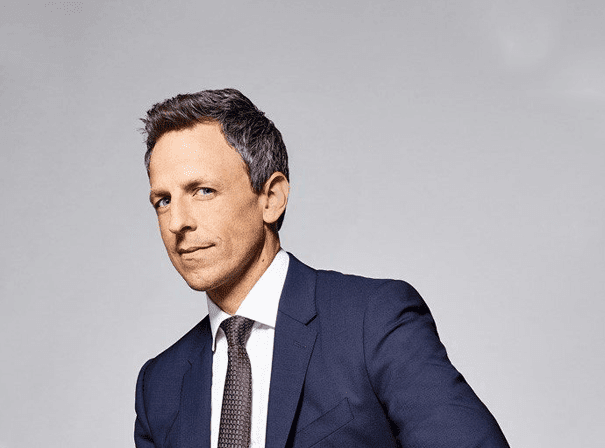