Shaquille Mitchell is an American comedian,hip-hop dancer and internet personality. Rising to international stardom after popularizingthe viral #DoTheShiggy challenge, Mitchell filmed himself dancing outside of a movingcar to the song “In My Feelings” by Drake. The challenge launched the comedianinto stardom, prompting an invite to appear on Drake’s “Aubrey and The ThreeMigos” world tour: he has since published a range of content on Instagram andYoutube featuring a wide range of high-profile celebrities including the likesof Wiz Khalifa, Casanova, Fatboy Tyriq, Russell Wilson, Ciara, and more.Shiggy’s social media wizardry has allowed him to develop his brand to thepoint of performing and hosting at hot clubs across the United States and beyond.

Shiggy’s is a hilariously comic presencewith an exceptional talent for entertainment. Whether he is impersonatingcelebrities like ESPN’s Stephen A. Smith, or pushing Russell Wilson aside totake a photo with his wife Ciara, Shiggy always finds a way to make hisaudience chuckle. The New York native out of Queens now hosts his flagshipevent No Weak Parties in cities across the world, while performing at clubhostings, brunches, and celebrity basketball games. The young comedian hasaligned himself with Will Smith, Kevin Hart, Martin Lawrence, and more, even findinghimself on New York’s Hot 97 radio station freestyle rapping to Busta Rhymesbeats. With 2.2 million followers on Instagram and a rapidly growing YouTubepresence, Shiggy is one of the internet’s most hilarious and beloved personalities. 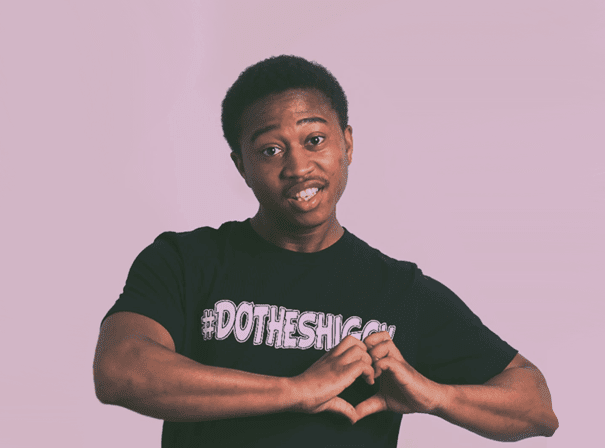