Tiffany Haddish is an American actress, comedian and author who is widely recognised for her role as Nekeisha Williams on the NBC sitcom, The Carmichael Show. Other notable appearances include Keanu and portaying Dina in the comedy film Girls Trip, in which she was praised for her performance. Haddish is famed for starring in The Last O.G. and has also lent her voice to Tuca in the Netflix series, Tuca & Bertie.

Haddish rose to prominence when she appeared on the comedy competition, Bill Bellamy’s Who’s Got Jokes?, she has gone on to appear on several shows and films including Real Husbands of Hollywood, Chelsea Lately, That’s So Raven, It’s Always Sunny In Philadelphia, My Name Is Earl, Def Comedy Jam, New Girl, The Lego Movie 2: The Second Part and Reality Bites Back, amongst others. Haddish has also starred in popular films such as Meet the Spartans and Janky Promoters.

In 2017, Haddish premiered her own comedy special, Tiffany Haddish: She Ready! From the Hood to Hollywood on Showtime, which was met with positive reviews and acclaim. In the same year, Haddish became the first African-American female stand-up comedian to host Saturday Night Live, which earned her a Primetime Emmy Award for Outstanding Guest Actress in a Comedy Series. Haddish’s memoir, titled The Last Black Unicorn, was released in the same year and reached No 15 on The New York Times best-seller list. 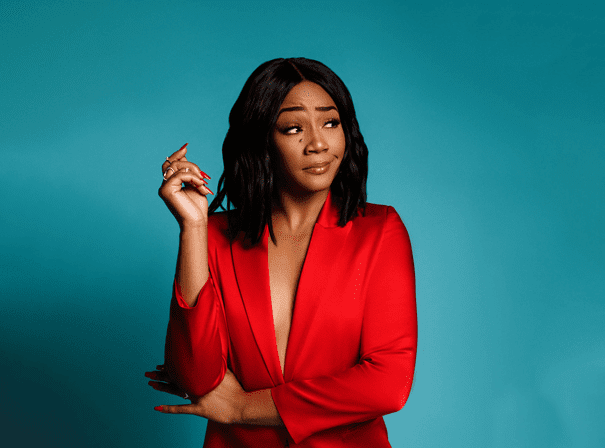