Most comedians wouldn’t tell you they got into the business because of a dare, but Tony Law isn’t like most comedians. Winner of the 2011 Amused Moose Laughter Award, the 2012 Chortle Breakthrough Act Award, and 2013 Chortle Best Show and Chortle Best Club Comic Awards, Tony’s surrealist style of stand-up have led to countless memorable performances across a career that spans three decades. In addition to solo shows like The Dog of Time, Maximum Nonsense, and Absurdity for the Common People, Tony has made TV appearances on Does Doug Know?, ITV’s Comedy Cuts, CBBC’s Scoop, FX TV’s No Signal, and Stewart Lee’s Comedy Vehicle. His debut Fringe festival act as one third of The Dinks with Craig Campbell and Dan Antopolski cemented him as a dominant force in UK comedy.

Born in rural Canada, Law made Europe his destination after being inspired by the work of the legendary Monty Python, and hasn’t looked back since. After spending several years working his way up to the top, he found recognition by receiving the New Act Award at the Glastonbury Festival.

When he’s not on the comedy circuit, Tony gets up close and personal on podcasts The Tony Law Tapes and Tony’s Nonsense Hour. In 2017, he surprised and delighted fans with Tony Law and Friends in the Battle for Icetopia, a comedy show on ice. His latest stand-up performance, A Lost Show, has been packing venues across the UK. 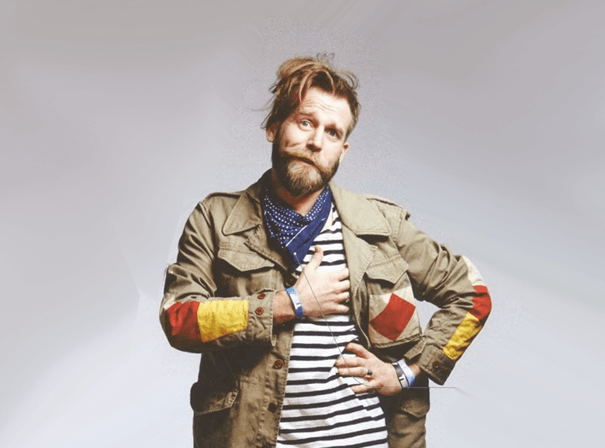