The American alternative rock band, Anberlin, is well known to their fans since 2002. Although the band originally formed earlier that 2002, sometime around 1998, the band in fact got back together with changes in their music direction and with a new name in 2002. Soon after that, they were signed to a record label Tooth & Nail Records. Anberlin released its first album with Tooth & Nail Records titled Blueprints for the Black Market. They released another album in 2005, titled Never Take Friendship Personal. In 2007, Anberlin released their third album titled Cities, and it helped the band rise in fame as it reached the top 20 of Billboard 200. With Cities the band also sold over 34 thousand copies just during its debut week. Following their success in 2007, the band signed with major label Universal Records. They released their fourth album in 2008, titled New Surrender and this time reached even more success by being ranked at number 13 on the Billboard 200, with their single Feel Good Drag, and at number 1 on the Alternative Song chart. Their breakthrough in the music industry came with their fifth album Dark Is The Way, Light Is a Place, which sold over 1 million copies. In 2012, the band went on to release another album titled Vital, and then rereleased on Big3 Records with a different title, Devotion in 2013. Anberlin announced that they would disband in 2014 however they first wanted to record their seventh album, Lowborn, with their original label Tooth & Nail Records and organize a tour for the last time. The band reunited to tour through 2019, after having performed together in a concert in late 2018. They also announced that they were working on new materials in the summer of 2020. 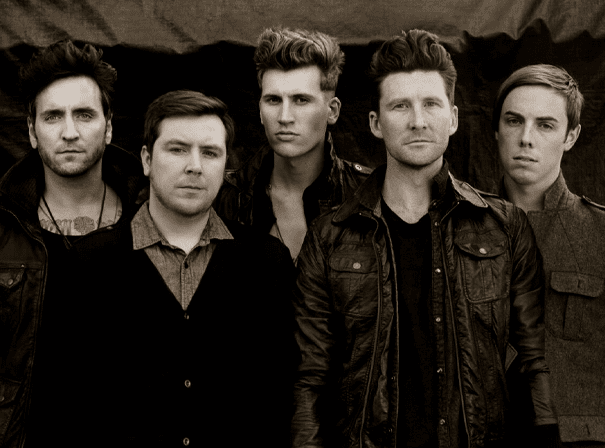