Born Tito Sabina, Bambax is a Spanish urban hip-hop artist currently making waves in the Spanish-speaking urban music world. Originally from Torrelavega, he is now based in Madrid, where his star continues to soar as he sets the benchmark for Spain’s underground hip-hop world, standing proudly at the centre of a scene that continues to draw fans from not only Spain but across Europe and Latin America. Known for his aggressive rap delivery, energetic live performances and distinctive sound that fuses hip-hop, trap and Latin styles, Bambax has released noteworthy singles such as ‘Novaser’, ‘Gorilax’, ‘Nada Mejora’, and the recent collaborative effort ‘Así’, recorded alongside Mynameislobo and Ralph Larenzo. The 2019 video for ‘Nada Mejora’, which translates as ‘Nothing Improves’, currently boasts an impressive 140k views on YouTube.

Hugely popular in Poland, Bambax has appeared at the Polish Fresh N Dope festival over the last two years, drawing rave reviews for his exciting performances that have grown his fanbase significantly, introducing his dynamic sound to new audiences from across Europe and beyond. He has collaborated with a range of notable and equally talented artists, such as Mynameislobo, Ralph Larenzo, Will Hype, Lasai, Big Jay, Yeyo Perez, Jay Hernández and Stylo, amongst others. Bambax’s upward trajectory within the music industry shows no sign of slowing down, as the urban music world waits with great anticipation to see what this talented hip-hop artist releases next. 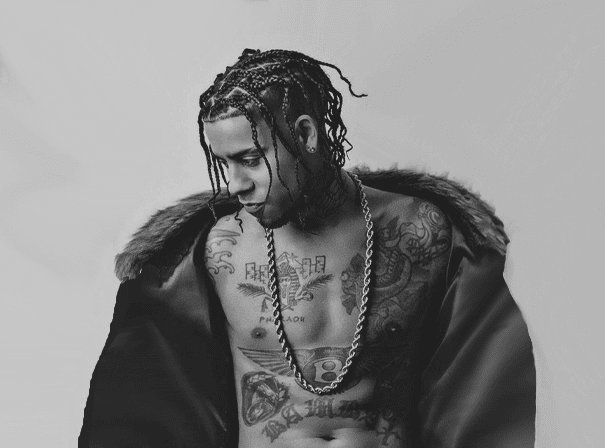