iZaak has been a singer for decades, and he’s only 27 years old. As a toddler, the singer sang at his church in Puerto Rico and has been using his voice to connect with audiences ever since.

Born Isaac Ortiz in Gurabo, Puerto Rico, iZaak has been dedicated to music throughout his entire life. At 14 years old, he entered Star Kids Fest, a competition that set him up for success. There, he sang his way to triumph and won the national contest and the honour of representing Puerto Rico in Mexico in the finale. iZaak used his blend of talent and passion to again win “El Premio Global,” coming first place. Fresh from the thrill of winning, he returned to his island home and joined Los Menores, an attention-catching boy band. When iZaak was 17-year-old, the record label White Lion signed him after three years of being with Los Menores. The label is known for developing and curating urban artists like Tego Calderón, Voltio and Calle 13.

iZaak’s expressive lyrics reveal his deepest fears and emotions. His passion for composing shines through, with conceptual lyrics that take influence from real-life experiences. With his latest hit “Fanática de Don” reaching 2 million views in 2 weeks, iZaak is fast becoming a social media sensation in Latin America. “El Amor Se Cayo” has 2 million streams on Spotify while “Travesuras” is close to 6 million listens. Developing further as an artist every single day, iZaak is currently working on the release of his debut album. 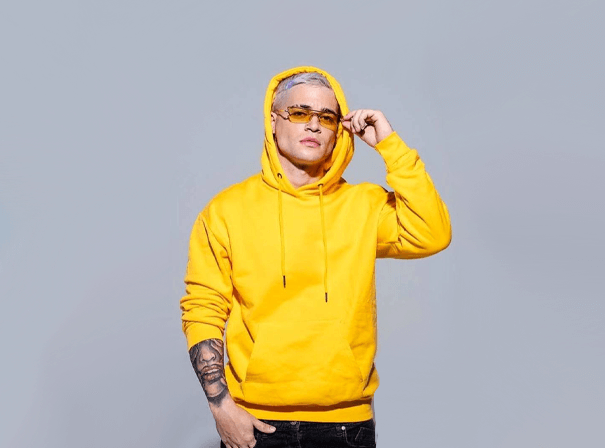