Omy De Oro is a celebrated songwriter, recording artist and internet talent from Puerto Rico, known as a rising star of Latin trap. A popular figure on social media, he boasts tens of thousands of subscribers on YouTube and over a quarter of a million followers on Instagram.

After building up an initial following online, Omy exploded onto the music scene in 2018. Early tracks included Verso X Verso featuring Almighty, Update, and Llama Al Joyero, which each racked up millions of views. Over the coming months, he became known for tracks including Temblar, No Es Real and Sayonara, and for collaborating with the likes of Jory, Arcangel and Almighty. He also continued to share and upload his freestyle raps, which became favourites with hundreds of thousands of viewers. Popular freestyles have included Electrolytes, Rey Del Minuto and Chapman.

In 2019, Omy celebrated two of his biggest hits yet – with Alex Rose on No Te Asustes, and with Bad Bunny and Shootter Ledo on Subimos De Rango, which each racked up millions of views on YouTube shortly after release. Later that year, he had further hits including Lalu, the Javiielo collaboration Timidez, and alongside Kike El Crazy on Bajale, and in 2020 he released Punto Medio with Dominican artist Omega ‘El Fuerte’. With plenty of major projects and collaborations ahead, Omy is well on his way to becoming one of the most exciting artists in the world of Latin urban music. 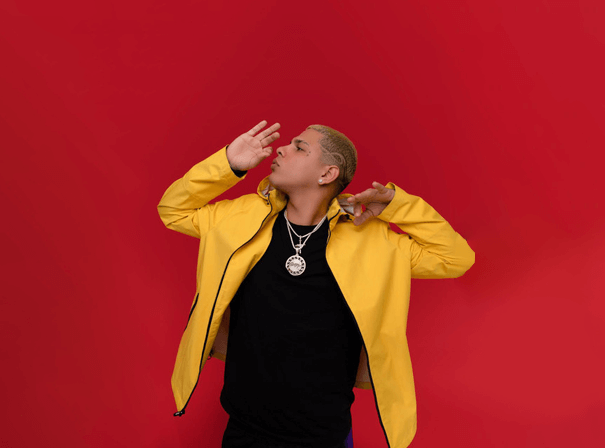