Gospel group Red Hands is made up of seven members, each blessed with astounding musical abilities that have helped them become one of the most respected performers not only within the Christian music community, but the Ohio music scene entirely. Hailing from Akron, Ohio, the group are named after a phrase from the Book of Psalms, reflecting their devotion to their religious commitments: more than just a band, they describe themselves as a “brotherhood”, intimately bound by their music, their craft and their faith.

Experienced musicians with an impressive track record, members of the group have worked with Jay-Z, Usher and Shirley Caesar before coming together as Red Hands to record uplifting, soulful gospel music that has received ardent support from both critics and fans. Their 2017 single ‘Your Will’ gained extensive radio play and serious traction on YouTube, thanks to an endearing in-studio video that highlighted the group’s astounding musicianship. Built on an irresistibly funky groove that recalls Prince and Nile Rodgers, the track lets positive messages of hope and faith unwind over jazzed-up chords, snaking synth-lines and a rock-solid drum groove. ‘Your Will’ set the template for much of their later work, gospel-tinged neo-soul that draws from funk, R&B and Christian music to spread good vibrations across America and beyond. 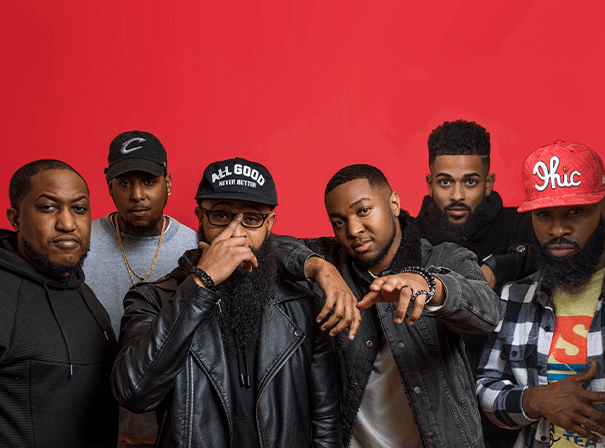