The Kingdom Choir became overnight sensations in 2018 after an audience of 2 billion watched them perform at Prince Harry and Meghan Markle’s wedding. Their breath-taking rendition of the classic ‘Stand By Me’ brought them global recognition and set them on a roller-coaster journey to success as the world reacted to their warmth, energy and uplifting music. Their performance has since been streamed more than 100,000 times on Spotify, amassing over 8 million views on YouTube. The song topped the U.S. Hot Gospel Songs and led the choir to sign a record deal with Sony Music, releasing their debut album Stand by Me in 2018.

Founded over twenty years ago by renowned choir conductor and workshop leader Karen Gibson, a powerhouse of inspiration and energy who always brings the best out of her performers, the unique group of singers is drawn from around the South East of England, and has wowed audiences long before the Royal Wedding, blending Christian traditions and a raw gospel sound with remarkable choral discipline and talent.

The choir have graced television and radio on many occasions, appearing on Songs of Praise, Sunday Morning Worship on BBC Radio 2, First Light, The Gospel Train, and Premier Radio, along with a stunning, specially commissioned performance of ‘The Hurricane’ with the BBC Philharmonic for BBC Radio 4’s Easter Sunday Worship programme. In addition to performing at the Royal nuptials, the choir have also entertained HM Queen Elizabeth, Bishop Desmond Tutu, Bill Clinton and Nelson Mandela, picking up a series of accolades and awards including BBC Radio 2’s Minstrels in the Gallery annual competition, and GEM awards for Best Choir and Best Album. In 2019, the choir was chosen to perform their unique rendition of America’s national anthem ‘The Star-Spangled Banner’ at the opening ceremony of the MLB London Series. 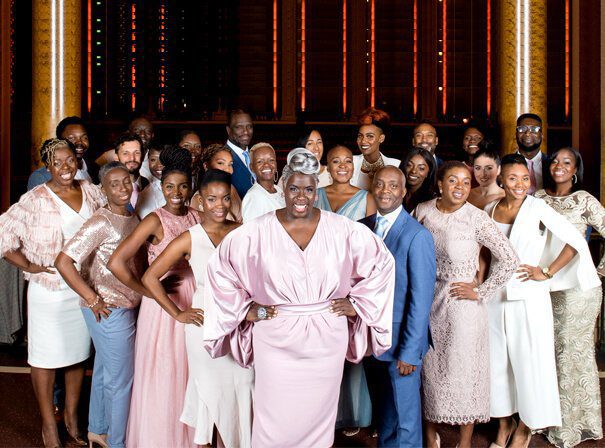