The professional soccer player has really started to make a name for himself both nationally and internationally in recent years. Aaron Long had his first big breakout in Major League Soccer a few years ago in 2018, but has been enjoying the sport for over a decade before that.

The center-back was born and raised in California, playing soccer from an early age and lettering in it at Serrano High School. Aaron then moved on to play four seasons of college soccer for the UC Riverside Highlanders at the University of California, Riverside. Following his graduation in 2013, the rising superstar was drafted in the second round of the MLS SuperDraft by the Portland Timbers. He debuted with the Timbers’ USL affiliate, Sacramento Republic, in a draw against LA Galaxy II. In 2014 Aaron was traded to the Seattle Sounders, and played with Seattle Sounders 2 in 2015, scoring his first ever professional goal. 2016 saw his move to New York Red Bulls II and Aarons contribution to the team winning the USL Championship. That year he also won USL Defender of the Year. His spectacular performance earnt the soccer star a starting place on the Red Bulls first team.

From that moment on there was no stopping Aaron. In 2018 he was named an MLS All-Star, awarded MLS Defender of the Year and aided in the Red Bulls win of the Supporters Shield, awarded to the team with the best regular season record. That year Aaron also debuted with the US national team. The following year he captained the team to victory in a friendly victory over Panama, and later that year played in his first international tournament with the national team at the CONCACAF Gold Cup. It was there that Aaron scored his first two international goals in the US’s victory over Trinidad and Tobago. 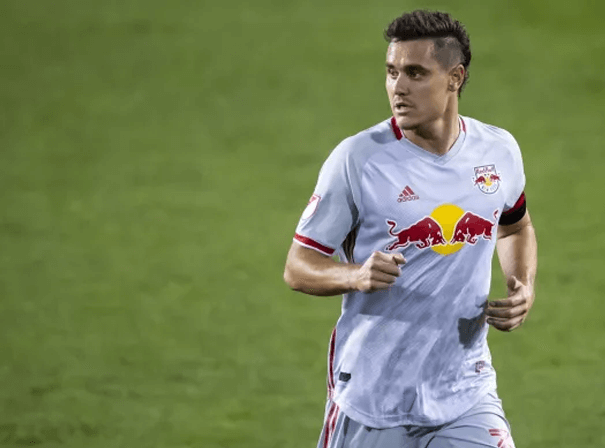