Born in Italy, Paveri first discovered a talent for music in his youth. He was introduced to bass guitar at a young age and found himself captivated by its unique sound. Prior to his rise to fame, Paveri studied at the SAE Institute Milano, a university with a creative media focus, where he developed his repertoire and honed his skills. Following his graduation, Paveri spent several years performing as a bass player for a range of bands, including Sikolishes and The Black Nailz, and working as a guitar teacher.

In 2010, Paveri’s fortune changed forever when Gemini Syndrome formed. Initially a mainstream metal quintet, Gemini Syndrome rose to prominence while opening for several high-profile bands, including Nonpoint and Murder Dolls. They soon developed a reputation within the hard rock scene in L.A. and began working on an EP. The band were notoriously signed by Warner Bros for its release, and have not looked back.

Soon after, Gemini Syndrome released their debut album, Lux. The 2013 album enjoyed great success, with stand-out track Stardust peaking at number 19 on the Mainstream Rock Tracks chart. The band has released several singles and a critically acclaimed album, Memento Mori, which ranked at number one on the Billboard Heatseekers Charts, in the years since. Today, the band consists of Paveri, Aaron Nordstrom, and Brian Steele Medina. Their third studio album is due out in 2020. When not on stage, on the road, or in the studio, California-based Paveri teaches bass to new players. 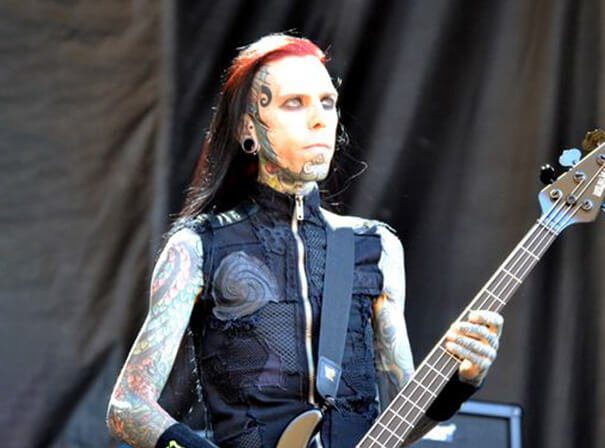