Alexandra Burke’s illustrious career has risen toastronomical heights in the years since she triumphed in X Factor 2008, takingthe crown after performing a monumental duet with Beyonce. Her record-breakingdebut single ‘Hallelujah’ took the music industry by storm, setting a Europeanrecord for the highest single sales in a 24-hour period after selling over100,000 copies in just one day. Reaching No. 1 on the UK Christmas Chart, thesong became 2008’s top-selling record, shifting over 1 million copies in the UKalone by 2009: a second record for Alexandra and a historic moment for British femaleartists.

Alexandra issued her debut album, Overcome, in 2009,reaching No 1 in the UK Album Charts and producing an unbelievable four No 1 Singles.Hailed by critics as one of the year’s best, Overcome was nominated for three BritAwards, leaving no doubt that Alexandra was to become one of Britain’s mostsuccessful solo artists. The two records that followed further established herreputation as an phenomenal musical talent with a voice like no other: her latestalbum, 2018’s The Truth Is, featured a heartrending duet with Ronan Keating,charting highly on both the UK and Scottish Albums Charts.

Aside from her incredible career as a recording artist, Alexandrahas established a strong presence in musical theatre, becoming one of the WestEnd’s most sought-after talents. After being invited to take on the leadingrole in hit musical ‘The Bodyguard’, she embarked on a two-year regional tourthat was well received by critics and fans alike. Building on that acclaim,Alexandra accepted the leading part in the hugely popular show ‘Sister Act’,setting off on a 12-month tour that wowed audiences across the UK. Since then,Alexandra has appeared in epic romance ‘Chess’ at The London Coliseum, and portrayedRoxie Hart in The Phoenix Theatre’s production of ‘Chicago’. A firm favouriteacross both stage and screen, 2017 saw Alexandra compete in BBC One’s wildly popularreality series Strictly Come Dancing, narrowly missing out on the top spotafter a stunning performance in the final episode.

As an official ambassador for Breast Cancer Care, WellChild,Diabetes UK, and The Melissa Bell Foundation. Alexandra continues to devotetime to humanitarian causes that are close to her heart: in 2018, she hostedThe Fall Ball, an event aimed at raising funds for The UK Stroke Association. 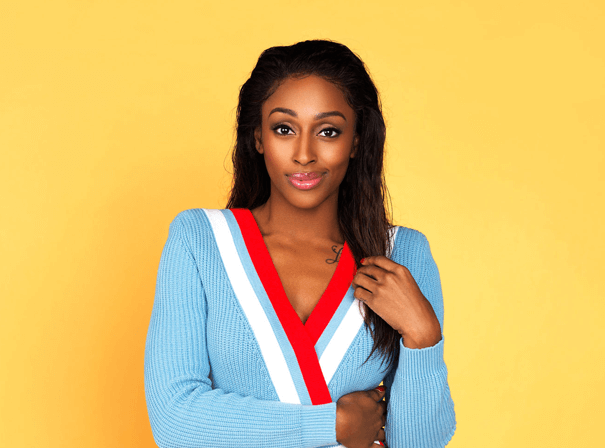