Brian Laudrup is a world-beating Danish former footballer who was once considered to be one of the best players in the world. Among a number of other top individual accolades, Laudrup was awarded the Danish Football Player of the Year a humongous four times and was named by FIFA as the fifth best player in world football in 1992.

The spell-binding player performed to his adoring fans as a winger, forward or as a midfielder. Regarded as a player with incredible talent, Laudrup represented a number of top European clubs. His glittering career started with Danish club Brondby, winning two Danish championships in the late 80s. His talent did not go unnoticed, with Laudrup moving to the top of the footballing pyramid, winning the 1993–94 Serie A, as well as the 1994 UEFA Champions League with AC Milan. The dazzling Dane was also a vital cog in the Rangers machine which dominated the Scottish Premier Division in the 1990s, winning three championships. Laudrup went on to win the 1998 UEFA Super Cup with English superpower Chelsea, and ended his career at Dutch mega-club Ajax. Internationally, Laudrup played 82 matches and scored 21 goals for Denmark. The superstar played a vital part in the Danish UEFA Euro 1992 victory and the 1995 Confederations Cup win.

Laudrup can now be found working as a football commentator, pundit and analyst for major broadcasters such as Kanal 5. The Dane also manages a football academy for marginalised youth. What is clear is that Laudrup and the sport of football are inseparable, and his influence on the game will continue. 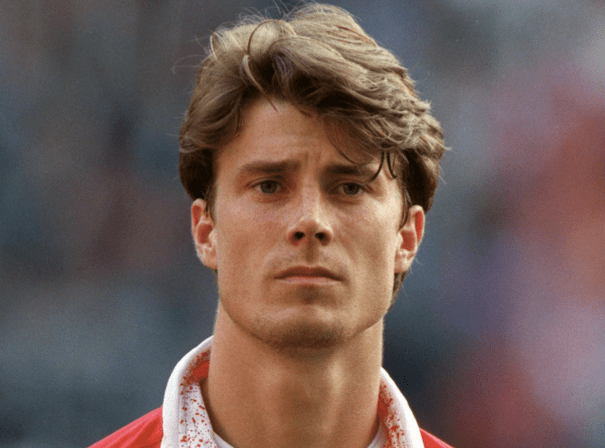