Best known as a former Australian professional rugby league footballer, Bryan Fletcher was actively involved throughout the 1990s and 2000s. As a junior rugby player, Fletcher joined the Paddington Colts in the Eastern Suburbs Junior Rugby League. However, his top-level career began with the Sydney Rooster in the second row in the 1997 ARL season. Fetcher was selected for the Australian team to compete in the end of season 1999 Rugby League Tri-Nations tournament, in spite of only having appeared in 24 National Rugby League games. In the final, Fetcher played against New Zealand at second-row forward in the Kangaroo’s 22-20 win. Fletcher was able to earn 13 caps for the Australian national side and also play 14 games for New South Wales in the State of Origin matches. Fletcher’s highlight with Sydney Roosters was that of his appearance at second-row forward in 2000 NRL Grand Final, which was their first in 20 years. However, he reached higher success in the 2002 season, when he played for the Roosters from the interchange bench in their 30-8 victory against the New Zealand Warriors in the 2002 NRL Grand Final. This match was held at the Telstra Stadium with an audience of over 80,130 fans. After that, Fletcher went on to build his career with the South Sydney Rabbitohs from 2003 to 2006, and appeared in 45 games. In 2006, Fletcher moved to England’s Wigan Warriors club and with this team Fletcher appeared in 55 games. Fletcher also plated for City Origin in 2 games, in 14 State of Origin games for NSW and 13 Test and World Cup matches for Australia. 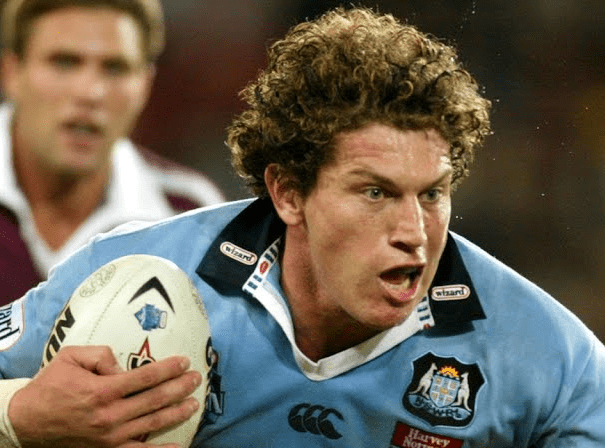