Cat Greenleaf is best known for being the face of USA DAYTIME and the host of NBC’s three time Emmy-Award winning series Talk Stoop, where celebrities visit her ‘stoop’ for a twenty minute interview covering a range of exciting topics. Greenleaf grew up in New York and in 1999 began her career as an airborne traffic reporter for KGO radio in San Francisco.

In 2000 she moved back to the East Coast to continue reporting for traffic on NY1, before moving to WRNN-TV to do news reporting back in New York. Greenleaf quickly grew in popularity and NYC Media fell in love with her infectious personality, hiring her for her very own weekly lifestyle segment On the Prowl with Cat Greenleaf. Greenleaf continued to excel as a reporter, working for WNBC on Today in New York and the 11 O’clock news. Her spots were seen on affiliates across the nation, as well as the national Weekend Today Show and the New York Non-Stop channel.

Shortly after Greenleaf’s son was born, she began hosting Talk Stoop which now airs in the top 9 markets and between digital, broadcast and out-of-home platforms. It is viewed almost 12 million times a week. Greenleaf endorses a small accessories line called LUST who have adopted the important slogan “Look Up Stop Txting,” aiming to raise awareness and create mindfulness in people around the world. 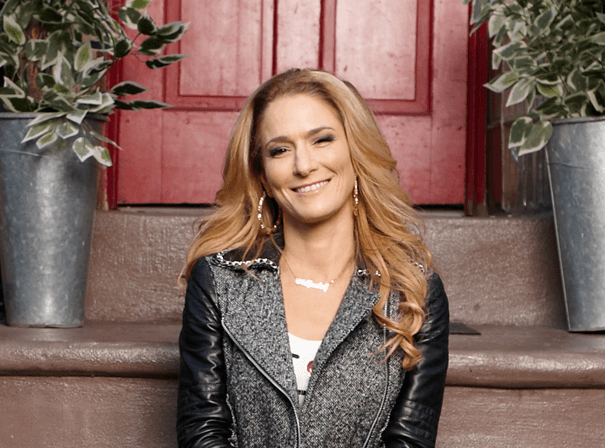