Former professional English rugby player Danny Grewcock was a talented player who always made a big impact on the pitch. Still a well-known face who delivers inspirational and motivational speeches, Danny is a great role model to all audiences. During his long playing career Danny played at second row in the forwards for domestic teams such as Bath and Saracens as well as playing internationally at the very highest level for England, and the British and Irish Lions. A graduate of Manchester Metropolitan University, Grewcock turned professional in the 1996/97 season when he signed up with Coventry during the most successful period.
Along the way during a fine season, Grewcock was an ever-present part of the side and after many great performances in plenty of high profile games he was soon picked up by England for his first full cap. His debut came on a 1997 tour to Argentina and saw him score his first try in Buenos Aires. Later on in the same season, Danny switched domestic teams and went to play for Bath for the 2001-02 season. Danny was honoured with an MBE in the Queen’s 2003 New Year’s Honours list after England’s 2003 world cup victory, played in many important World Cup matches as well as in the annual Six Nations Championships and away from rugby is also a black belt in karate. 2004 was one of Grewock’s best years, arguably England’s best player during the Six Nations of that year and also started all three 2004 tests, impressing in each and every one. As such, he remains a pillar of English rugby and is a role model with many great stories and insights to share. 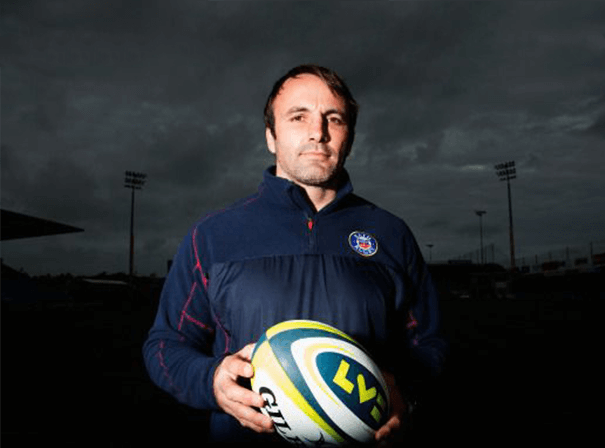