Challenging the world of professional tennis, Belgian David Goffin is rapidly climbing the ranks. With a career-high of number 7 in the ATP world rankings, Goffin is fast becoming a contender for the sporting giants. Kickstarting his pro career in 2011, Goffin held his own against India’s Devvarman. Goffin has been shaking up the leaderboard ever since. Once named tennis’ ‘brightest star,’ Goffin is proving this to be true. With the Tokyo Olympics in Goffin’s sight, this tennis player is proving his worth on the court.

Gaining his first-ever ATP World Tour title in Kitzbuhel gave rise to Goffin’s phenomenal career. Victory soon followed at Metz and gave Goffin his first-ever win against a top 10 player. Reaching the quarterfinals in the pivotal 2016 French Open and 2017 Australian Open, Goffin flourished in his sporting ability and confidence. Building up to Goffin’s incredible wins against Rafael Nadal and Roger Federer, Goffin’s career has been evolving ever since. Fighting for a position in Goffin’s maiden Masters 1000 final, saw him push the limits of his sport to the max.

Known for his phenomenal accuracy and powerful groundstrokes, Goffin plays a strong game. Goffin puts pressure on his opponents as he gathers momentum around the court. With a talent for retrieving tricky balls and two-handed backhand, Goffin has perfected his extraordinary style. Leading the next wave of the tennis generation, Goffin is a master of facing adversity. Championing focus and a desire to improve daily, Goffin is a formidable opponent on the court. 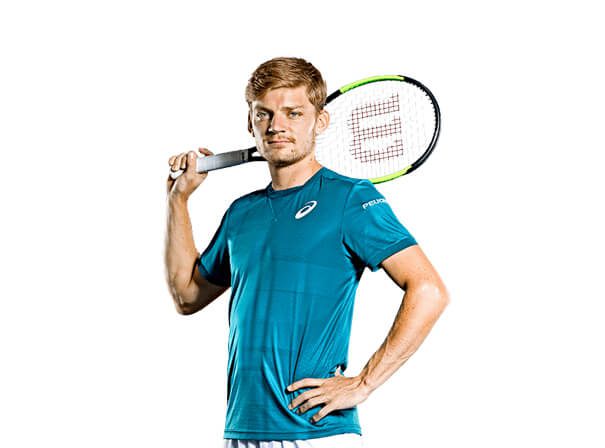