Jonny Brugh is perhaps best known for playing Deacon the Vampire in What We Do in the Shadows, the 2014 documentary-style comedy horror film that was a worldwide success, but he is also a comic actor, musician, writer, producer, and voice artist with an extensive CV. His other major roles to date have included playing Monty in 800 Words, a New Zealand comedy-drama that was syndicated worldwide (including on BBC One) and Mystic, a teen drama series made in collaboration with CBBC and New Zealand’s 7 Network.

Brugh was born in New Zealand and began a comedy career in the early 1990s, forming the award-winning duo Sugar and Spice, who regularly performed across New Zealand and Australia. His first sitcom role came in 2009 when he began appearing in The Jaquie Brown Diaries, a sitcom that was also shown in America. He’s also appeared in comedy series such as Soul Mates and The Watercooler. Alongside acting, Brugh is a multi-talented musician, playing the guitar, bass, and xylophone.

Brugh first played Deacon the Vampire, who at only 183 years old, is one of the youngest characters, in a 2005 short film version of what would become What We Do in the Shadows. In 2014, the film was turned into a feature on a comparatively small budget and became a hit, spawning various spin-offs including an American TV show of the same name (in which Brugh made a cameo during 2019). In 2020, he launched Deacon the Vampire Live: 188 Years of Bull****, a one-hour, one-man live show. 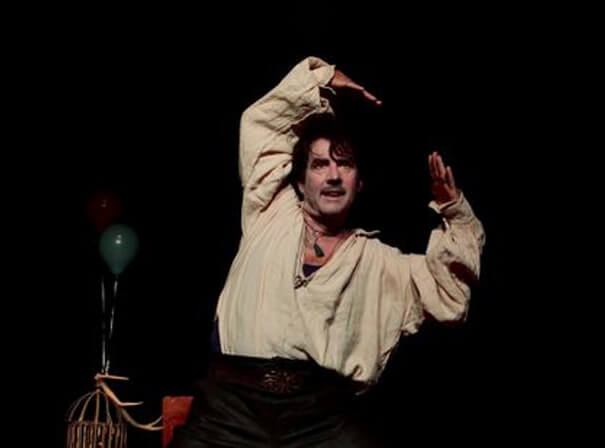