Devon Kerr, a goalkeeper for the Washington Spirit of the National Women’s Soccer League, is a professional soccer player. Kerr grew up in Barrie, Ontario, as the daughter of Russ and Raquel Kerr. She began playing soccer at the age of five for Barrie Soccer Club before moving on to Glen Shields Football Club at the age of ten. She began her career as an outfield player before converting to goalkeeper at the age of 12. She was enrolled in a specialist sports education programme at Bill Crothers Secondary School.

Kerr was a four-year member of the Ohio State Buckeyes’ football team. She made 63 appearances for Ohio and finished with 19 career shutouts, the third most of any Buckeye. She was the 2018 Big Ten Goalkeeper of the Year and was named to the 2018 Big Ten Team of the Year. She was also named Academic All-Big Ten three times (2016, 2017, 2018). Kerr earned a bachelor’s degree in sports management.

Kerr joined Houston Dash’s 2019 preseason as a non-roster invitee. The Dash signed her in April of the same year. Kerr was waived by the Dash on January 7, 2020. Kerr signed a two-year contract with the Washington Spirit on March 9, 2020, after temporarily playing for FC Metz in France. Kerr can represent either Canada or the United States at international level, because she is a dual citizen. She has yet to receive a full international cap. Kerr represented Canada at the U-17 level, appearing in the 2013 CONCACAF Women’s U-17 Championship and the 2014 FIFA U-17 Women’s World Cup. Kerr was also called up for the United States U-19, U-20, and U-23 camps. 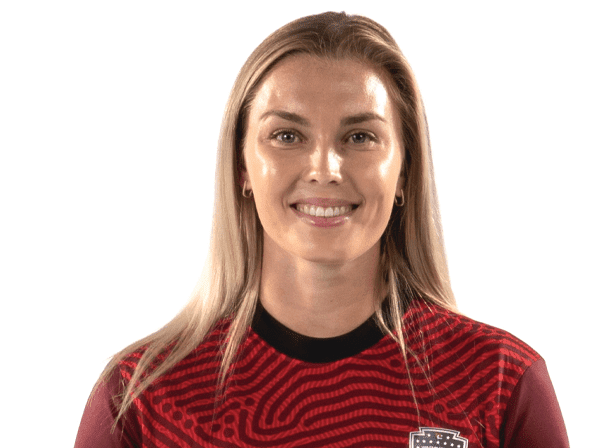