Doc Coyle is the guitarist for the band Bad Wolves and the host of the Ex Man Podcast. He got his start in the music industry with God Forbid, a New Jersey metal band. God Forbid’s humble origins in the late 1990s DIY hardcore movement grew into a 15-year professional career with six full-length albums released on Century Media and Victory Records, and sales of over 300,000 worldwide, including multiple Billboard Top 200 appearances. Slipknot, Machine Head, Gwar, Ozzfest, Mayhem Festival, and many more gained the band a reputation as road warriors who constantly toured the world with the biggest names and festivals in heavy music.

Coyle’s professional career included stints on bass guitar, filling in with Trivium, Unearth in 2012, Westfield Massacre in 2016, as well as on lead guitar duty for Darkest Hour in 2017. He also performed as a fill-in guitarist for heavyweights Lamb of God on a tour opening for Metallica in 2009. Coyle has also developed a name for himself as an op-ed writer for sites such as Metalsucks.net and his own blog DocCoyle.net in recent years. He has written for VH1.com as the Modern Metal columnist and CreativeLive.com as a music industry and music education writer.

Coyle launched his own podcast, The Ex Man, in 2016. He interacts with other musicians and creative people who have left seminal bands and jobs to find out how they dealt with difficult life changes, drawing on his own experience as someone who struggled to find his footing after leaving a large venture. Christian Olde Wolbers (ex-Fear Factory), Mark Hunter (ex-Chimaira), and Mike Gitter (ex-Roadrunner and current Century Media A&R) are among the guests. The Ex Man is consistently ranked in the top 100 music podcasts on iTunes, and its popularity grows month after month. 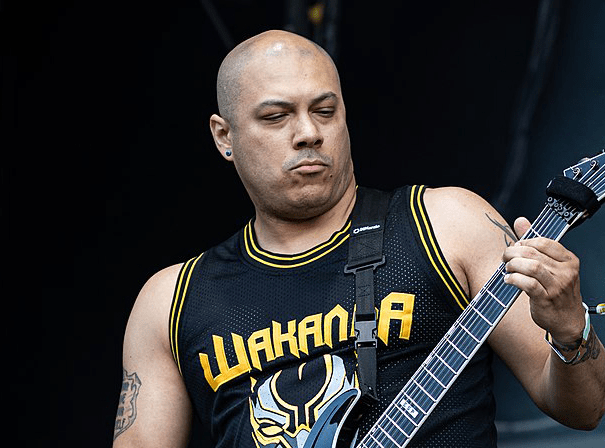