Two-time Olympic gold medalist Francesco Friedrich is a legendary German professional bobsledder with another 29 gold medals in two-man bobsleigh BMW IBSF World Cup events alone. Turning pro in 2006 at the age of 16, Friedrich was a strong sportsman later joining the SC Oberbärenburg club. He debuted for The International Bobsleigh & Skeleton Federation when he competed at the 2009 Europe Cup two-man event on the Innsbruck track with Stefan Hakl.

In 2011, he made an explosive return placing 1st in the Junior World Championships two-man event on the Park City track, Euro Cup two-man event on the Altenberg track, and World Championship two-man and single event on the Königssee track. Friedrich took home bronze at the 2012 lake Placid BMW IBSF World Cup behing the United States team by 0.53 seconds alongside his accomplished partner, Gino Gerhardi. He went on to participate in the 2014 Winter Olympics held in Sochi for a two-man and four-man event representing Team Germany.

Friedrich rejoined his country for the 2018 Winter Olympics in Pyeongchang where he helped win gold at the two-man and four-man bobsleigh events with resulting times of 3:16.86 minutes and 3:15.85 minutes, respectively. His precise piloting skills earned him recognition as the fifth German pilot to win two-man and four-man golds at the same Games. Friedrich operates his own team called Bobteam Friedrich with Gerd Leopold as the trainer for his pushers: Thorsten Margis, Martin Grothkopp, Candy Bauer, Alexander Schüller, and Florian Kunze. 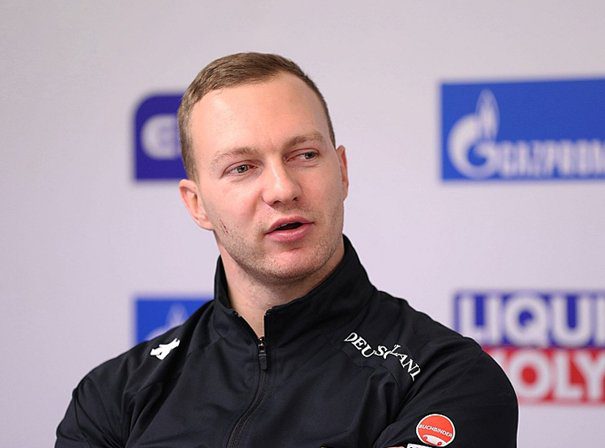