Irish footballer Frank Stapleton is best known for his headstrong tackles and goal-scoring days with Arsenal and Manchester United. After 225 appearances and 75 goals for the Gunners, he made his move to Old Trafford. As Ron Atkison’s first major signing at the club in 1981, he certainly made his mark and finished his first season as top goal scorer with 13 goals from 41 appearances in 1982. Stapleton went on to better this, coming out as top scorer again in 1983 with 19 goals while missing only one game.

Striker Stapleton has also had an illustrious cup career; he was the first player to score for two teams in an FA Cup Final – Arsenal and Manchester United – and was instrumental in the Red Devils overturning a two goal deficit against the mighty Barcelona FC by scoring the winning third goal in the European Cup Winners Cup Quarter Final. He has also taken 71 international caps, playing for home country Ireland 71 times and scoring a then record 20 goals for the team. Chosen to captain his country’s team twice, he has steered them successfully through major international qualifiers.

After spells with Ajax in Amsterdam, Derby County, Aldershot, and Huddersfield Town, Stapleton retired from professional football to manage Bradford City, New England Revolution in the US before working with the Jordan national team. Named in Arsenal’s Top 50 players of all time, Stapleton remains active within the sporting community and makes regular television appearances. 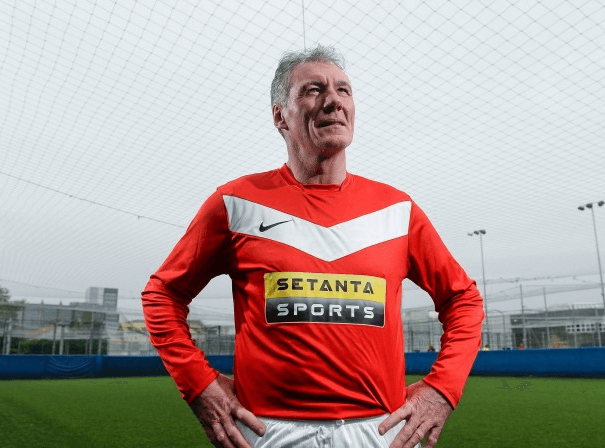